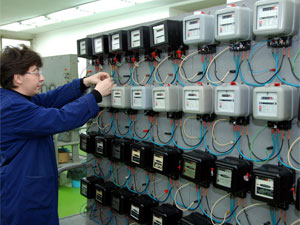 (Photo: eps.rs)
Elektroprivreda Srbije is planning to expand within the region. The Government of Serbia has recently formed a commission whose task is to examine the profitability of acquiring parts of electricity distribution companies in the neighboring countries, as Novosti learns.

The body is headed by Minister of Economy Goran Knezevic. This piece of news has not surprised experts. Branko Kovacevic, chairman of the EPS Supervisory Board, says that this is an old idea.

– There's been talk about talking over electricity distribution companies in the region for some time now. The plan is to buy distribution companies in Republika Srpska and Montenegro. What interests us the most is the possibility of developing hydropower and electricity we'd get this way. Republika Srpska is especially interesting for this reason, as we share the river Drina with them, and there's also the possibility of expanding to the entire Bosnia and Herzegovina. This investment would pay off for EPS financially as well, as it would be able to sell electricity in the region – Kovacevic says.

By purchasing a part of Elektroprivreda Republike Srpske, many joint projects could speed up. Among the biggest plans of Serbia and B&H in the field of energy is the construction of three hydropower plants in the middle Drina. The investments are worth EUR 870 million, and the facility should have 320 MW of power. Nevertheless, the entire project is on hold due to ownership issues in B&H and the differing positions of the Federation and Republika Srpska on who should run the project.

Kovacevic adds that the purchase will probably be carried out using the model already seen in the acquisition of Telekom Republike Srpske, 65% of which was sold to Telekom Srbija ten years ago at an international tender for EUR 646 million. Telekom Republike Srpske was the most successful company in Republika Srpska at the time.