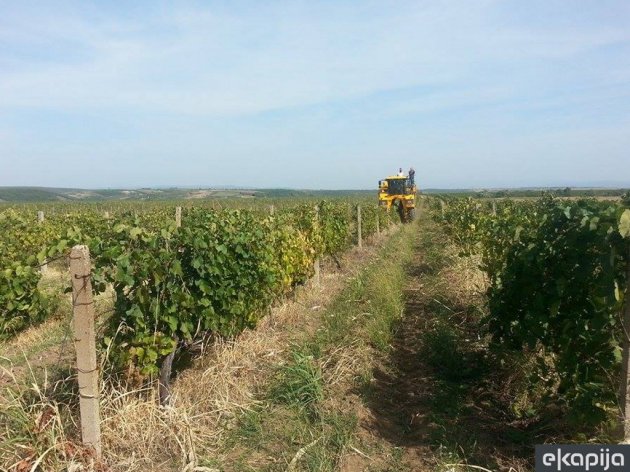 (Photo: Ivana Bezarević)
Following the signing of the agreement and the payment of the RSD 575 million, the company Vrsacki Vinogradi has officially become ownership of Rodoljub Draskovic, that is, the Swisslion Takovo concern. The program of development has already begun, as Draskovic says for RTS, and the development plans will be put in charge of young experts, and new employments are therefore certain to take place. The reconstruction and development of Vrsacki Vinogradi is something that small producers are also looking forward to.

Josif Nedin, now a small wine producer, spent 20 years working in Vrsacki Vinogradi. He was optimistic regarding the news of the privatization, because, as he says, he has an emotional connection to the company.

The fact that Vrsacki Vinogradi now has an owner can also be seen from the pruning not being late, unlike last year. The works started immediately following the completion of the auction and, as Draskovic says, will be completed by March 15, 2017, at the latest.

– It’s all going according to plan. People are motivated and it is both my belief and theirs that the goal, the program of development of Vrsacki Vinogradi, will be accomplished – points out Rodoljub Draskovic, owner of Swisslion Takovo.

Of the 1,700 hectares owned by Vrsacki Vinogradi, grapes are growing on 700.

Old and used grapevines need to be replaced. Draskovic plans to realize this, but also the investments in processing equipment in the cellars and mechanization, in the next three years. He also announces exports to new markets.

Draskovic says that the markets of America, Russia and, most probably, China, will be secured, but also that they will cover the entire Europe as well.

New employments are certain as well. Around 500 unemployed residents of Vrsac can hope to find jobs there as soon as within the next two months. Young experts registered at the employment service will be given an advantage.