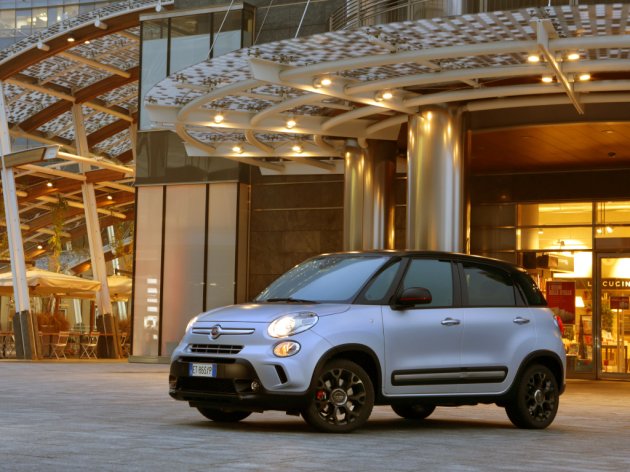 (Photo: fiatgroupautomobilespress.com)
Fiat Chrysler Automobiles Serbia has been working constantly since the beginning of the year, which means that the production of Fiat 500L has stabilized and that around 450 vehicles are produced at the factory daily.

People of Kragujevac, who witness trains full of cars produced at FCA Serbia leaving the city daily, can confirm this. The cars are transported by Zastava's (now Fiat's) railway, which leads from Belgrade through Lapovo, Kragujevac and Kraljevo towards Kosovo and Metohija, but also (in)directly to western Serbia and Montenegro, to the Port of Bar, and then to one of the Italian ports, from where they are distributed to European and North American markets. However, they are still not transported to the Russian market and other markets of the Eurasian Economic Union, consisting of Belarus, Kazakhstan, Armenia and Kyrgyzstan. According to the promises of Russian officials above all, Fiat 500L was supposed to have a preferential status in those markets, i.e. to be sold free of customs duties.

The car hasn't reached those markets primarily because President of Russia Vladimir Putin hasn't fulfilled his promise that he will allow a shipment of 5,000-10,000 Fiat's cars to be imported to Russia free of duty. It seems that there has been a halt in the negotiations about the expansion of the Free Trade Agreement with Russia and other EEU countries as well, which would mean the so-called mutual quotas when it comes to export of cars, i.e. duty-free export of an identical number of Russian cars (most certainly Ladas) to Serbia, even though the Government of Serbia had officially announced that the negotiations on the expansion of the Free Trade Agreement, which started on September 30, 2016, would be completed in mid-December 2016.

However, Deputy Prime Minister and Minister of Trade and Telecommunications Rasim Ljajic claims that the deadlines were never specified and reminds that a political decision needed to be made first and that Russia, Belarus, Kazakhstan and Armenia needed to come to an agreement first. That segment had been completed, following which the technical negotiations started.

– We are negotiating about several products which should be added to the duty-free export to EES list. In addition to Fiat 500L, there's sugar, cigarettes, various types of cheese, meat... Harmonizing takes a long time, as some of those countries also produce those goods in considerable amounts. Kazakhstan, for example, kept preventing Fiat's cars from being added to the list, as it has its own car industry, which is not in the greatest condition, but, after direct contacts with Serbia officials, they finally agreed to negotiate about this – Ljajic says for Danas.

He emphasizes that he has been warning about the need to be careful with deadlines and promises, as these are complex and long lasting negotiation in which each party needs to find its own interest.