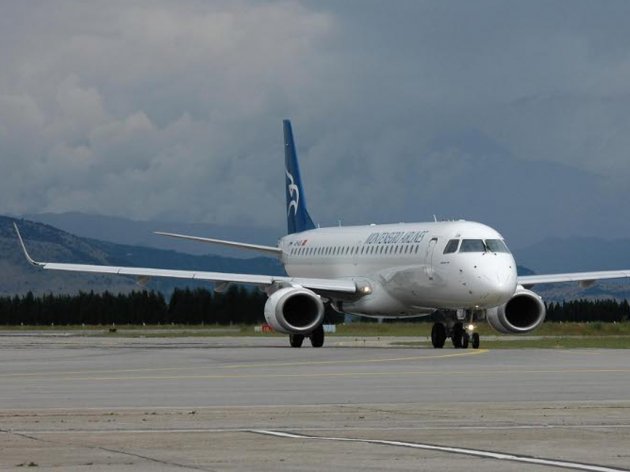 (Photo: montenegroairlines.com)
Montenegro Airlines (MA) has managed, despite strong competition, to establish cooperation with the biggest tour operators in the Russian market, and it plans to establish the route to the third city in the country, Bozidar Koljevic, director of the Russian office of the national airline, reported.

He said that the Russian market was very complex and that there was a lot of competition, with as many as 17 airlines having routes to Montenegro.

– Being the most punctual airline and featuring a modern fleet, as well as being the only foreign one for Russian passengers, MA is an optimal choice and the best one for traveling to Montenegro – Koljevic said for MA's Luxury Inflight magazine.

MA has been realizing regular flights from Moscow to Montenegro since 2007, and it has been flying to St Petersburg as well since 2015. The plan for the next period is to establish traffic towards the third city on the Russian map.

– Despite great competition, we have managed to establish cooperation with the biggest tour operators in the Russian market, such as TUI, PAKS, Biblio Globus, Natali Tours, CG Tours and ICS – Koljevic specified.

The MA branch in Russia has two offices: one in the very center of Moscow, in the diplomatic quarter, where the Embassy of Montenegro is also located, and another at the Domodedovo Airport.

Koljevic emphasized that he was optimistic regarding future operations and said that there was a lot of room to further enhance and develop the Russian market with the help of Montenegro and the competent ministries.