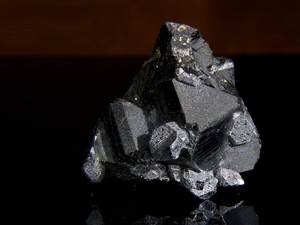 Illustration
Velimir Jotov, a businessman from Sofija who owns the company Zincomet in Paraćin, has purchased 46 acres of land in the industrial zone and intends to build a plant for storing and processing non-hazardous waste.

Jotov has been engaged in this business for over 15 years and now plans to move part of his production from Bulgaria to Paracin. He is already collecting the documents required for building permits.

- Paracin is conveniently located for Jotov to treat hard zinc and zinc ash, by-products of hot-dip galvanizing. He currently does this in Bulgaria but plans to move it to Serbia with other processes such as separation, granulation and sales - explains Zincomet's director Dragan Ristic to the daily Novosti, stressing that their main buyers are foreigners.

Ristic is a mechanical engineer by profession. He once worked at the Metal zinc works in Cuprija, where he began a close cooperation with Jotov. That company no longer exists in Cuprija, but still works in Indjija, Krusevac, Cacak, and Sevojno where the raw materials that Jotov processes in his Bulgarian plant are produced. Ristic points out that for now Paracin Zincomet sends the non-hazardous waste to Bulgaria, but once they have built the plant they will start processing it.

- Zincomet has now been registered in Paracin for a year and a half. It buys under its license for collection and transport of these materials and sends them to Bulgaria, to its mother company's facility named Metkom Jotovi. Once we finish our factory in the town on the river Crnica, we will export the final product directly. It has a wide range of uses, even in the production of animal feed - says Ristic. Engineer Olivera Petkovic who works on this task points out that, given its specific activity, the firm must go through the legal procedures related to the protection of the environment that require at least half a year.

The prefabricated hall that Zincomet will build in Paracin's industrial zone will cover 600 square metres. The equipment will arrive from the facility in Bulgaria, and at first the work will be carried out by a staff of fifteen. Construction should begin in June and finish by the end of the year, with the plant's opening announced for the spring of 2018.