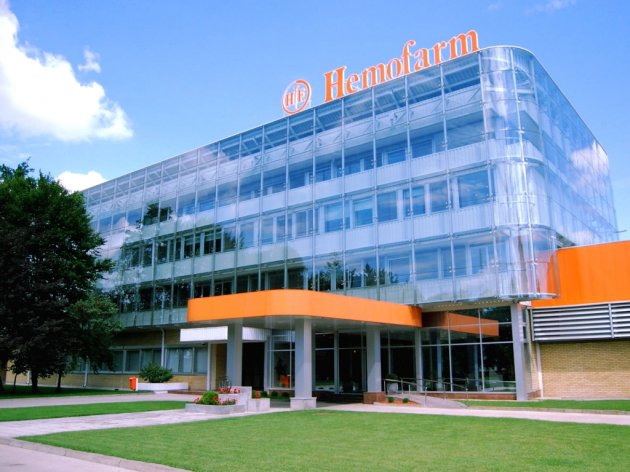 (Photo: hemofarm.com)
The wholesale pharmaceutical company Velexfarm has been operating within Hemofarm since January. This is the second acquisition by the Vrsac-based pharmaceutical drug manufacturer in the past six months, following the takeover of Ivancic i Sinovi in August 2016.

Intensive acquisitions in the local pharmaceutical market have become a usual occurrence globally in the past years. The reason for this is that companies are constantly trying to respond to the ever shifting pharmaceutical market, and, as Hemofarm says, they fit into the trend as well, doing everything necessary to maintain and improve the entire group's market position.

– The Velexfarm acquisition was a carefully timed, conscious business move made to the end of accomplishing Hemofarm's strategic goals, above all in the healthcare domain – the company says for our portal.

– By following world trends, we intend is to raise awareness of preventive medicine in Serbia as the best starting position for maintaining health. Hemofarm's imperative is for the market to be supplied with quality, available drugs, which is why all necessary measures have been taken so that business partners, clients and the market on the whole, especially end users, shouldn't be affected by the changes in the ownership structure. At the same time, Velexfarm, as a wholesale pharmacy, will be fully meeting its obligations towards its suppliers and customers.

According to the data from Velefarm's website, among its customers are more than 700 private pharmacies with over 1,300 unloading points, 23 state-owned pharmacy institutions with 526 unloading points, and they also cooperate with nearly 50 suppliers, one of which was Hemofarm. As stated, the cooperation with Hemofarm started in 2014 with the agreement on exclusive distribution of 16 medicaments in the amount of RSD 195 million, whereas the 2016 agreement further increased the number of exclusive products in the total amount of RSD 430 million.

Velexfarm recorded a growth of sales to EUR 26.5 million in 2015, and they had 80 employees last year. As they say in Hemofarm, they will be integrated in the Hemofarm Group, as will be the employees at Ivancic.

As was the case after the acquisition of Ivancic i Sinovi, Hemofarm says that “at the moment there no plans for new acquisitions in the Serbian market”, but they add that the company has its business and development strategy and that they are planning to strengthen their regional position as the center of Stada Group for South East Europe, in line with the precise plans of the German concern. 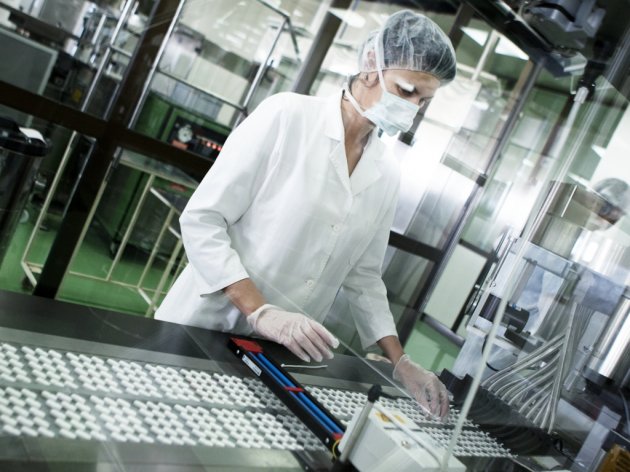 – The company's long-term strategy focuses on preventive medicine and strengthening of OTC portfolio, and the takeover of Velexfarm, after the acquisition of Ivancic i Sinovi and their range of products, is another step closer to the end users.

Hemofarm's OTC & CHC/MS portfolio contains 57 brands, i.e 116 products, including 18 brands (26 products) integrated in the portfolio by the acquisition of Ivancic i Sinovi.

This aforementioned segment makes up around 13% of Hemofarm's production portfolio looking by the quantities, whereas the percentage looking by the value is around 16%.

Among the latest OCT products is the new line of nose and throat sprays – Marissimo, launched in late December 2016.

The strategic reorganization of the German concern Stada led to the last year's formation of the SEE group, headed by Hemofarm.

Stada used to be organized in three zones, Western Europe, Germany and the East, but the shifts in the world market had made it unsustainable, leading to the decision to rearrange regional competences, it was announced at the time.

Hemofarm is among the leading pharmaceutical drug manufacturers and exporters from Serbia. They produce over four billion tablets and capsules a year, and 72% of the 2016 production was exported.