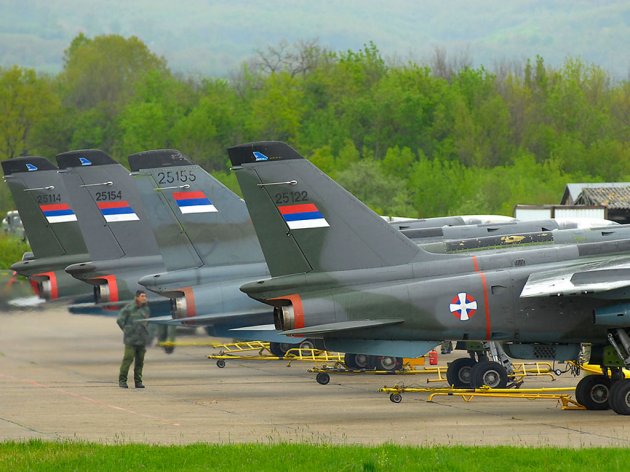 Illustration (Photo: vs.rs)
Belarus will gift Buk surface-to-air missile systems and MiG-29 airplanes to Serbia, and Serbia is to pay for their overhaul and modernization, emphasized Minister of Defense Zoran Djordjevic for Politika following his return from Minsk.

Zoran Djordjevic emphasizes that this very important arrangement for Serbia is a result of the agreement of Prime Minister Aleksandar Vucic and Belarus' President Alexander Lukashenko, reached during the visit of the delegation of the Government of Serbia to Minsk.

The gift includes two Buk division systems and eight MiG-29s, which should be delivered to Serbia next year. Together with the Russian donation of MiG-29 airplanes through a similar arrangement, the local air defense system, whose backbone consists of missile systems and jet fighters precisely, will be considerably enhanced and modernized.

– Ever since the time of the Soviet Union, Belarus has had remarkably developed optical and regular electronics. Not only have they kept those technologies, but they're developing them further. Their trucks and construction machinery might be interesting to the Serbian Armed Forces. A cooperation with FAP is possible – Djordjevic said.

The minister also says that there's a lot of room for cooperation when it comes to repair and modernization of various arms systems of Russian origin.

– On the other hand, they are interested in rocket fuels and some other arms industry products. Furthermore, an initiative has been shown towards the foundation of joint Serbian-Belarusian companies in the field of defense industry, to the end of joint ventures in the third markets, and the prestigious ones at that, such as Russia and the EU states – Djordjevic explains.

He points out that the details of the military cooperation between Serbia and Belarus will be defined starting with May 2017, when a joint body for defense cooperation is supposed to be founded. Such bodies already exist when it comes to cooperation with other countries.

Due to this, the minister was not able to say how much the overhaul and modernization of Buks and MiGs would cost Serbia.

– We will also talk to Belarus about acquiring the famous S-300 systems. The varieties in question are S-300 V and S-300 PG. They are and will continue to be the topic of our conversations, but it depends of further detailed analyses and agreements whether they will become a part of the Serbian Armed Forces armament.

When it comes to the Russian donation of military equipment, Djordjevic expects that the six MiG-29s would soon arrive to the Batajnica Airport.

– All contracts have been signed, I expect that the airplanes will arrive to the Moma Stanojlovic Aviation Institute in April at the latest – the minister estimated.

– Russian experts will be carrying out the overhaul and modernization here, with support by our experts – he added.

Talking about the delivery of tanks and armored scout vehicles, the minister said that they would be delivered when the Russian side decides so.