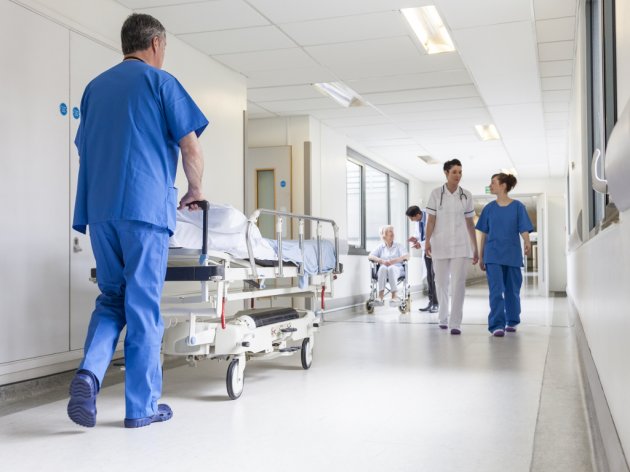 (Photo: Spotmatik Ltd/shutterstock.com)
Germany will be short of nearly 220,000 qualified workers in the medical care sector by the end of this decade, creating an opportunity for hundreds of medical nurses and hospital staff. As Serbian workers have a reputation of hard working employees, an office of Spectra has been established in Serbia, following decades of successful operations in the German market. It will focus on employing workers from Serbia in Germany, above all medical doctors, medical technicians and nurses.

As said at the company's presentation in Belgrade, Spectra GmbH is currently looking for 1,350 workers in the field of medicine. So far, 87 medical technicians from Serbia have been employed, and contracts for 450 additional ones are expected. These numbers, as they emphasize, are changing constantly, as new candidates are arriving, as are new demand for workers from their partners (clinics, health centers and hospitals).

– Due to an unfavorable demographics structure in Western European countries, there's been an increased demand for adequate medical care for older populace for a long time now. In Serbia, on the other hand, the unemployment rate in those fields precisely is relatively high. Medical doctors, nurses and technicians educated in Serbia possess adequate knowledge and skill, and, with the necessary language education, are good candidates for being employed within Germany's healthcare system. Our mission is to provide those people with jobs, necessary additional education and certificates, as well as to secure basic existence in the first phase of their integration into the German society – said Miguel Muina Nieto, Managing Director of the parent company, Spectra GmbH.

As Darko Isakov, HR manager in the parent company, explains in his interview for eKapija, Spectra is not an employment agency and doesn't operate in line with a system of fees. Instead, it is a direct employer and thereby ensures the issuance of working visas and nostrification of foreign qualifications to the employees.

– Spectra doesn't rent workers, but employs them directly by signing employment contracts. It takes care of their plans, sick leaves and free days, while filling the job position needed in Germany. This makes us unique in the market, and we accomplish all of this in cooperation with the national employment services in Germany and Serbia. We've been supported by the Government of the Federal State of Hesse, which has decided to focus on the problem of a large deficit of workers, and we have a special team within their service, dealing with preparing the documentation, which reduces the time needed to process our request considerably. 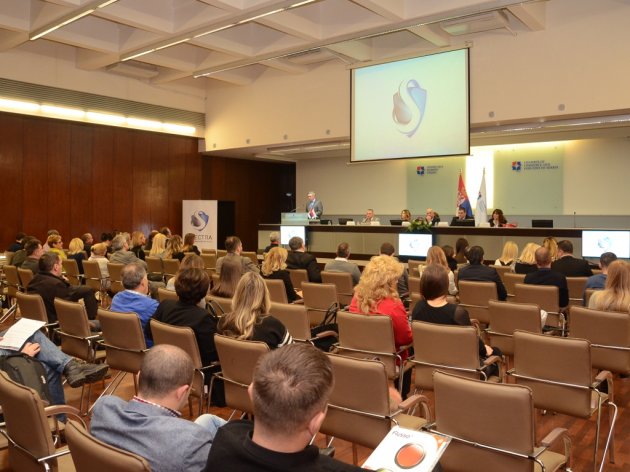 From Spectra's presentation at the Chamber of Commerce of Serbia
In addition to preparing the documentation, Spectra helps candidates find accommodation. The working visa tax issuance fee is paid by the candidates, whereas the process of preparation and departure is free. Everybody interested, Isakov adds, can apply at the Belgrade office.

Spectra should carry out training and additional qualification programs in the coming period, for which they have been authorized and provided with an entire plan by the Federal State of Hesse. However, they need adequate German-speaking teaching staff, which is, as they say, still not available in sufficient numbers in Serbia.

Aside from medical staff, which is a great priority of Germany, Spectra GmbH currently employs around 400 workers in the sectors of logistics, facility management, securing refugee camps, cleaning, monitoring... In Serbia, they will also be looking for workers in the construction industry, mechanical engineering, IT sector...

The lowest net salary for auxiliary production in Germany, as they say, does not reach below EUR 1,300, whereas medical staff earnings are considerably higher.

As it was pointed out at the company's presentation in Belgrade, which was attended by representatives of the Embassy of Germany, the German Chamber of Commerce, the National Employment Service, the Ministry of Labor and many others, Spectra ended 2016 with a turnover of EUR 25 million, thanks to which it is now able to make investments in 2017. The opening of the Serbian office is precisely the result of the implementation of one such investment plan.

The directorial duties at Spectra Group Resources Belgrade will be performed by Monija Pocekovic.