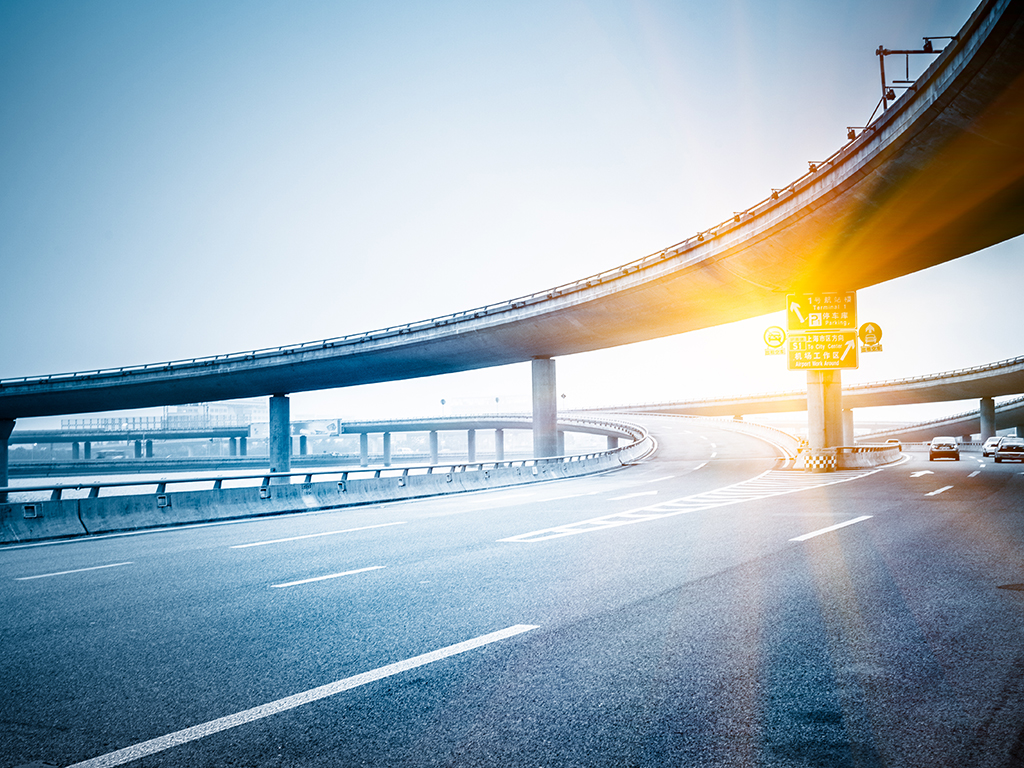 (Photo: ssguy/shutterstock.com)
The investment team of eKapija has performed the analysis and formed the list of investments and investment ideas which caused the greatest interest among our users in 2016. The results are very interesting, some of them expected, though there are lots of surprises as well, which is why we've decided to share the information with you.

In addition to Corridors 10 and 11, which were discussed in previous years as well, the year 2016 also saw investments or investment plans pertaining to railway infrastructure, air transport, bridges... One construction site is located on the Belgrade-Nis highway, at Vrcin, where, due to the construction of an IKEA store, the Bubanj Potok toll booth will be relocated. The story about the construction of the subway also drew interest from our readers, although its realization cannot be realistically expected in foreseeable future.

Nearly all transportation infrastructure projects are to be carried out over several years, and some of them have been discussed in the past years and are certain to continue drawing a lot of attention in the future as well. 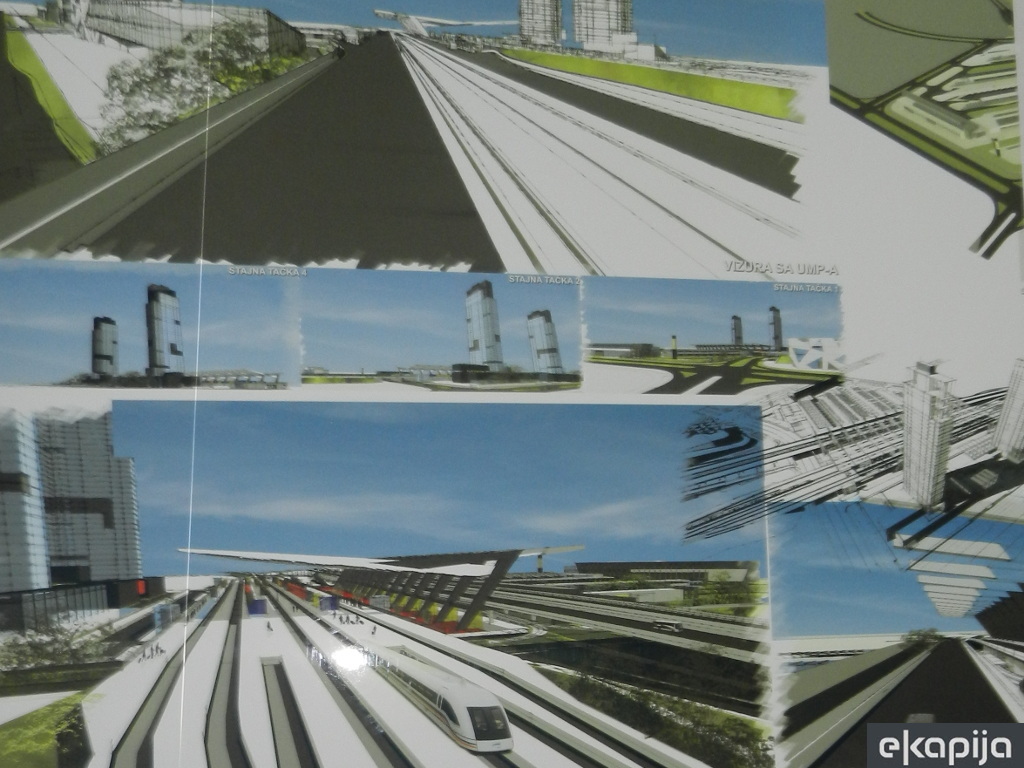 Bus and railway station in New Belgrade (Photo: Milica Stevuljević)
The construction of a new bus and railway station in New Belgrade, i.e. their moving from the current locations, caused the greatest interest of our readers in 2016 and placed first on the list. Relocating the stations from the part of the city where Belgrade Waterfront facilities are to be built has been talked about for several years, and, according to the latest announcement, the construction of the bus station in New Belgrade should start in the spring of 2017. The Lazarevac-based company Bauwesen will be be building the first building of the future Main Bus Station in Block 42 in cooperation with the Institute of Transportation CIP, Meta Balkan, Geomehanika and Krip Inzenjering from Belgrade.

The second spot is taken by another transportation hub, the Nikola Tesla Airport. Judging by the announcements and what has already been done on increasing the Belgrade Airport's capacity, passengers can expect smaller crowds, more comfort and new features in the future. In August 2016, a plan was presented defining the purpose, capacities and features of the Airport complex. The realization of planned activities will be carried out in five phases from 2016 till 2040. The reconstruction of Terminal 1 continued in December 2016, and the establishment of a new transport system has been planned, which would increase the capacities of the largest airport in Serbia by 30%.

The works on Corridor 11 placed third on our list. The Ljig-Preljina highway, 40.35 km long, opened in November 2016. A total of 66 bridges were built on it, and the section contains three interchanges as well. The works on Corridor 11 will continue throughout 2017 as well. In addition to the completion of the section from Belgrade to Cacak, the construction of the Surcin-Obrenovac highway will start on March 1, 2017, according to Minister Zorana Mihajlovic, and the works will be financed by the Chinese Exim Bank. The EUR 208 million contract was signed at the Riga summit of China and CEE countries. 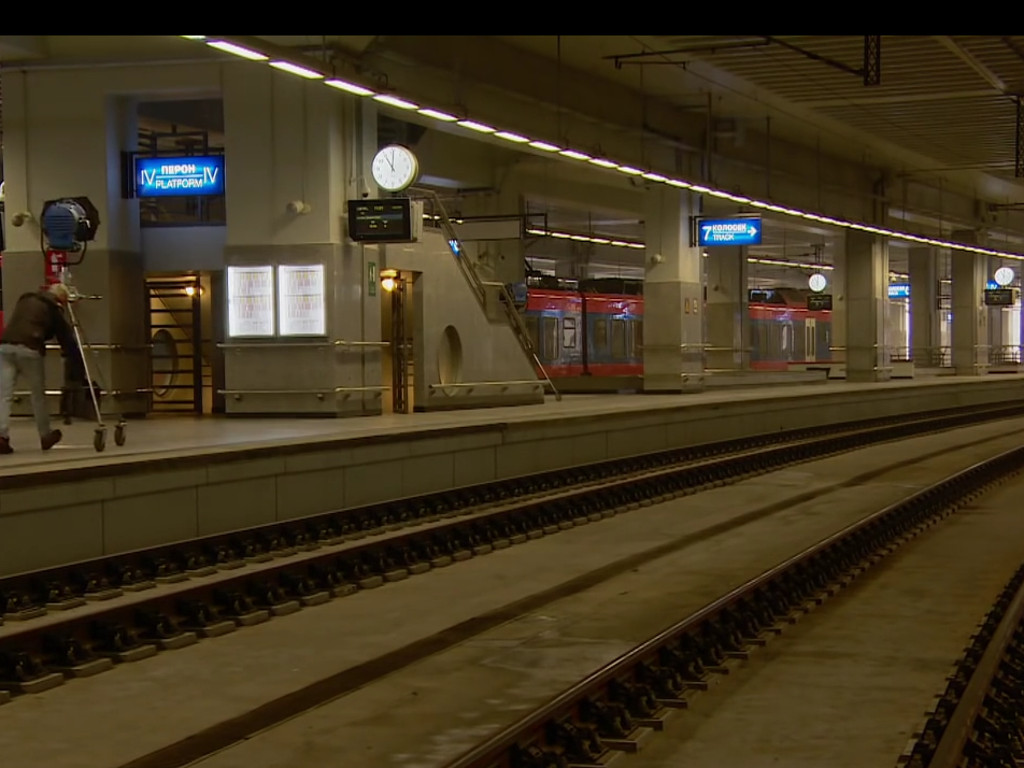 Beograd Centar railway station at Prokop (Photo: YouTube/screenshot)
A several decade long project of the construction the main Beograd Centar railway station at Prokop placed fourth on our list of investments in the field of transportation. Forty-two years after the first works, the first train arrived to the station in late January 2016. In order for this hub to become fully functional, it is necessary to build access roads, a station building, invest in additional infrastructure...

Belgrade might get another bridge on the Danube, at Ada Huja, in the coming period. This nearly three kilometers long structure, the construction of which would link Pancevo and Slanci Roads, placed fifth on the list. The preparation of the preliminary design and the feasibility study has been put in charge of the consortium of DB Inzenjering from Belgrade, Ponting and Gradis from Maribor, as well as MHM Projekt and AB & Co Geosystems from Novi Sad. As eKapija wrote earlier, the area around Ada Huja might soon become a Mecca for builders, and the construction of the bridge would certainly draw new investors.

Another two airports placed on our list, sharing the sixth spot – Ponikve at Uzice and Ecka at Zrenjanin. The full reconstruction of the Uzice airport will take two months, but also around EUR 2.5 million, The director of this airport, Sasa Savic, said in mid-December that he expected that the funds needed for the continuation of the reconstruction would be secured in 2017. In September 2016, the first plane in eight years landed on the Zrenjanin airport, which might mean that the reconstruction of this airport in Vojvodina will take place sometime in the near future. 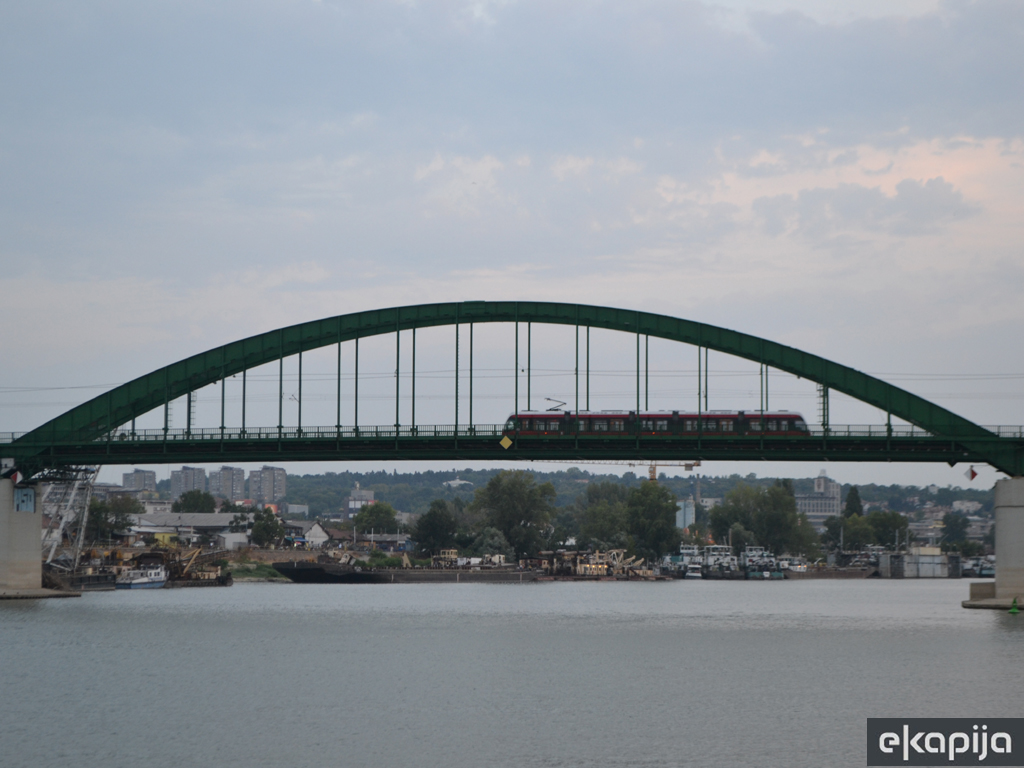 Old Sava Bridge (Photo: Suzana Obradović)
The announcement of the works on the Old Sava Bridge, which was also featured in the 2015 list, placed seventh in the 2016 list. The Belgrade Land Development Public Agency's plan is for the works to start in mid-2018. The Agency has presented four potential options for this bridge. Three of them entail keeping the bridge's arch and various combinations of additional traffic lanes, whereas the fourth one entails a whole new arch, similar to the current one.

The relocation of the Bubanj Potok toll booth to Vrcin placed eighth on our list. Although this toll booth on the Belgrade-Nis highway was supposed to have started operating in October 15, 2016, the relocation has been postponed by seven months, and the works should be completed on May 15, 2017. The Austrian company Strabag, with the help of Vojvodina Put from Pancevo and PZP Zajecar, started the construction of the toll booth with 23 lanes in March 2016.

The works on the new Port of Belgrade might also start in 2017, and the announcement of this investment placed ninth on our list. This transportation-logistics facility will be built on the left coast of the Danube, not far from the Pupin Bridge in the municipality of Palilula. The port area will spread on around 328 ha and will encompass docks with basins, port terminals and logistics centers for port activities. The planning documentation is being prepared in line with the memorandum signed by representatives of China Environmental Energy Holdings and Minister Zorana Mihajlovic. 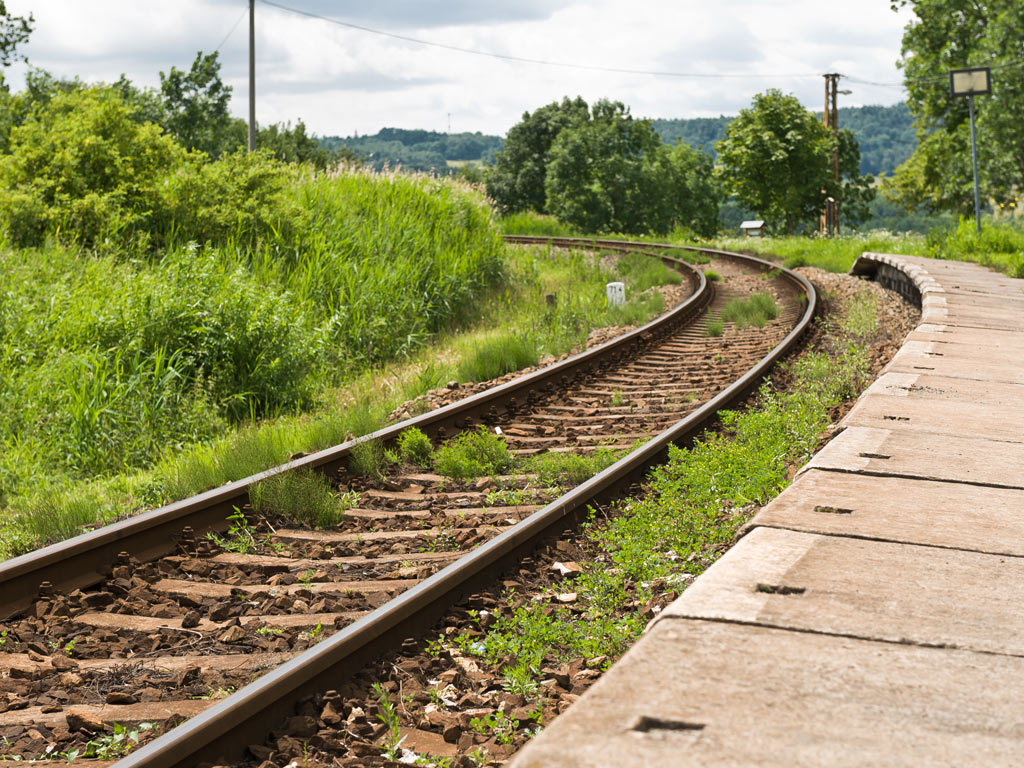 (Photo: Arts Illustrated Studios/shutterstock.com)
The phrase “fast railways of Serbia” might soon lose its usual, ironic meaning, thanks to the construction of the Belgrade-Budapest railway. This capital project placed tenth on our list, and the construction will be financed through loans. The works on the railway, which will allow for speeds of 200 km/h, should start in the second half of 2017 and will be carried out in three phases.

The arrival of the German low cost bus company Flexibus also attracted interest of our readers. This international transportation company has been operating since 2013 and has a network of 100,000 daily bus lines between 900 destinations in 20 countries of Europe. In 2017, it might start operating in Serbia, and it placed 11th on our list.

Corridor 10 found its place in the list of the most interesting investments this year as well, placing 12th this time. In 2016, new sections were opened, and the corridor will certainly continue being current in the coming years as well.

Places 13-17 belong to projects in the capital of Serbia. The bypass route around Belgrade, which placed 13th, is another project to be financed by a Chinese loan. The 14th spot belongs to the tunnel between the Sava amphitheater and the Danube coastal area. The problem with parking in Belgrade might be solved by the construction of the underground garage in Studentski Trg Street, which placed 15th. The story about the Belgrade subway will no doubt continue to draw attention from our readers in the coming years, and this time it placed 16th, whereas the access roads to the Ada Bridge placed 17th.

Serbia and Romania might get another link in the future, the Belgrade-Timisoara highway. This 130 km long road should be a part of Corridor 11, which is a great opportunity for the development of the South Banat district and drawing foreign investments, and it takes up the 18th spot on our list of investments. It is followed by the expansion of the Zrenjanin Road (19th spot) and the construction of the bridge on the Sava at Ostruznica, which placed 20th.

Take a look at the complete list of investments in TRANSPORTATION and compare it to your thoughts, estimates and projections.