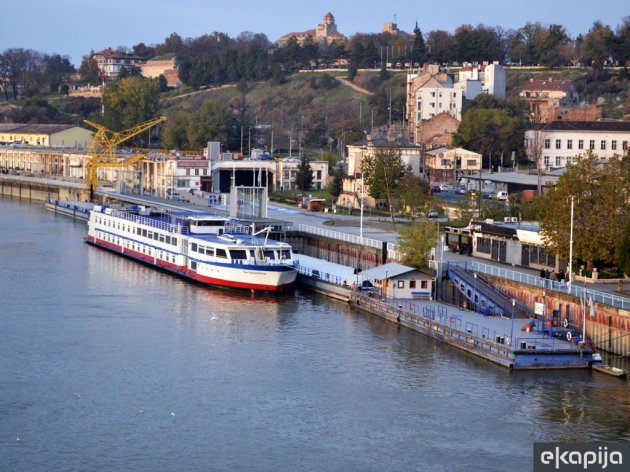 (Photo: Ivana Vuksa)
Nautical tourism has not been recognized as an industry in Serbia, and it might bring EUR 10 million to the state annually, said the president of the Nautical Management and Tourism group of the Chamber of Commerce of Serbia (CCIS), Petar Djordjevic, for Tanjug on Saturday, January 21, 2017. He pointed out that the state was missing an opportunity to make money in the field as river tours of the city had not been organized.

– An opportunity to earn around EUR 10 million has been missed because the tourist offer doesn't include sight-seeing from river boats. Belgrade lies on two international rivers and is the only city in the world without a developed nautical tourism – Djordjevic said.

According to him Serbia should learn from Slovenia's example, where the river of Ljubljanica, practically a stream, features 17 vessels providing the service of Ljubljana sight-seeing from the river.

Djordjevic said that Belgrade lacked wharves, which should be placed to the left and the right of Branko's Bridge. He added that Belgrade should apply for the funds provided by the Ministry of Trade, Tourism and Telecommunications for the development of tourism in 2017, so that Belgrade's nautical businessmen could get the kind of environment they deserve, meaning two wharves.

The Ministry of Trade, Tourism and Telecommunications has opened a contest for allocation of subsidies and grants for tourism development projects in 2017, and RSD 600 million has been set aside for infrastructural projects, RSD 115 million for promotional, educational and training programs, plus RSD 35 million for EXIT.

As representatives of the competent ministry said for Tanjug, one of the main priorities in the development of Serbia's tourism is the formation of a unified tourism product on the Danube which should bring together cultural and natural attractions. This year, as they announce, all six wharves on the Danube should be completed, four of which have been fully mounted and equipped so far, namely, those in Smederevo, Kostolac, Golubac and Kladovo, whereas the wharves in Ram and Sremski Karlovci are in the final stage of construction.

They remind that administrative procedures on the local self-government level are in progress to the end of acquiring the necessary permits from the Port Governance Agency for the wharves on the so-called Corridor Seven.