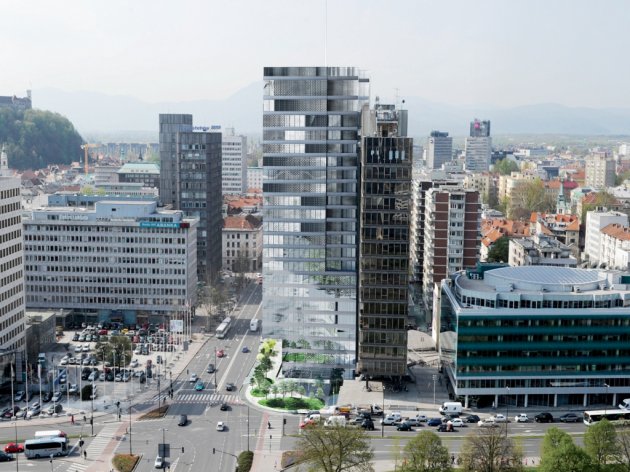 Future look of InterContinental hotel in Ljubljana
The company Delta Holding has pronounced 2017 The Year of Innovations and announced serious plans in all sectors it does business in. As said at the presentation of the company's results and plans for 2017, held on January 18, the construction of the Delta City shopping mall in Banjaluka is to start in the first quarter, whereas the works on the construction of Belgrade's Delta Planet should finally begin in the second quarter of the year. The opening of the InterContinental hotel in Ljubljana is expected to take place in September 2017.

As they add at the company, the expectations for 2017 are for it to exceed the previous year in every aspect, so a growth of as much as 33% in revenues and 42% in profit is expected. The revenues should amount to RSD 66 billion, and EBITDA should be RSD 6.2 billion.

Focus on hotels and congress tourism

The company's largest investment (nearly EUR 50 million) in the hotel business is the construction of the InterContinental hotel in Ljubljana, whose opening is planned for September 2017. As stated by Zivorad Vasic, vice president of Delta Holding, the hotel's 20 above-ground floors will contain 165 rooms, a large pool with a view to the city on the 19th floor, as well as Michelin-starred restaurant on the top level.

The company is also planning to open InterContinental hotels in Belgrade and Zagreb, as well as to expand the Crowne Plaza brand to Skopje and other cities of the region. Belgrade's Crowne Plaza had nearly 100,000 overnight stays in 2016 and room occupancy of around 63%, as well as revenues of nearly EUR 12 million.

New Belgrade's Holiday Inn and Belexpo Centar joined the Delta hotels in 2016. Vasic announced the reconstruction of a part of that hotel and Belexpo Centar, which he says will be turned into a truly multifunctional facility capable of hosting various types of events. 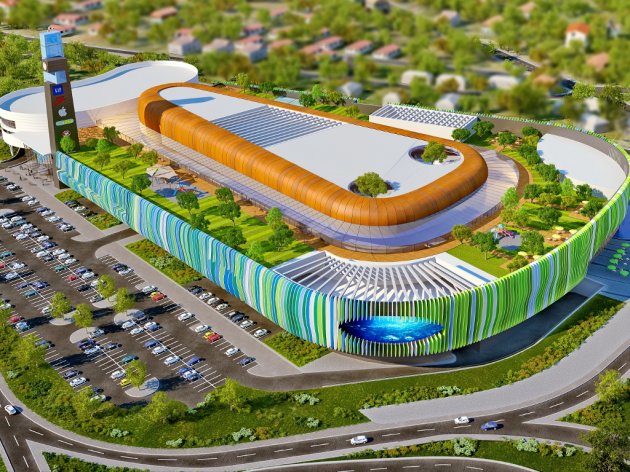 Delta Planet
Congress tourism is especially interesting for the company which is one of the two participants interested in partnership with the City of Belgrade in reconstructing Sava Centar. However, as Vasic said, the company has not yet decided whether to continue participating in that tender due to deadline extensions and a sudden appearance of another competitor, the consortium of the Belgrade Nikola Tesla Airport, the Belgrade Fair and Energoprojekt.

Vasic adds that, although they are prepared to invest EUR 25-30 million in Sava Centar, there's a possibility that Delta will opt to make an independent investment in building its own congress center or further adapting Belexpo Centar.

Shopping malls are another sector where Delta has serious plans, following last year's sale of Delta City facilities in Belgrade and Podgorica. The two biggest planned investments of the company Delta Real Estate are shopping malls Delta Planet in Belgrade, worth EUR 200 million, and Delta City in Banjaluka, worth EUR 70 million.

The new shopping mall in Belgrade will have around 200,000 m2 and will secure more than 4,000 jobs. As the company says, they are currently completing the project and are expected to file a request for the location permit. If everything goes according to plan, the construction of the largest shopping mall in the region might begin in the second quarter of 2017.

The agricultural sector, perhaps the company's most important business, recorded as much as EUR 70 million in exports in 2016, mostly to the EU countries. A little over EUR 17 million was invested last year, and Delta Agrar is planning investments of nearly EUR 40 million and export of EUR 100 million in 2017. The new feature in the current year are cherry plantations at Zajecar, and the first 30 ha, of the 150 planned, will be planted this year. 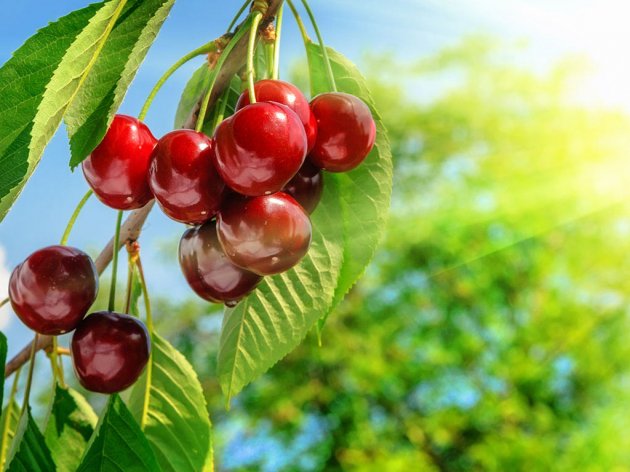 (Photo: Aleksey Troshin/shutterstock.com)
In order for the expansion of export to be enhanced, the company Delta Frukt has been founded in Russia with the purpose of securing a wider distribution of Delta's products in the country.

As Dejan Jeremic, vice president of Delta Holding, says, record results were also made in water (the Mioni factory) and pasta production (Danubius), and 40 Yuhor stores also opened in 24 cities of Serbia in 2016.

Regarding other sectors, the Delta Auto Group recorded a growth of revenues by more than 10% in 2016 and of EBITDA by 32%, and the company announces the introduction of electric cars BMW i3 and BMW i8, as well as hybrid cars, in their offer in 2017.

Delta's distribution company DMD expects revenues of around EUR 30 million in 2017, whereas Delta Transportni Sistem is introducing a new service, railway transport, and opening new groupage transport lines to Germany in Austria in the current year. They also plan to expand their operations to the Slovenian market. DTS had a growth of revenues by more than 20% in 2016, a result of the opening of companies in Montenegro and B&H and the fact that it provides services in as many as 36 countries.