(Photo: Christian Lagerek/shutterstock.com)
The investment team of eKapija has performed the analysis and formed the list of investments and investment ideas which caused the greatest interest among our users in 2016. The results are very interesting, some of them expected, though there are lots of surprises as well, which is why we've decided to share the information with you.

The Government of Serbia started working on the New Industrial Strategy in 2016 with the aim of enhancing industrial development and helping the country catch up with Industry 4.0. Industrial production in Serbia at the end of November 2016 was 4.6% larger than in 2015, but a lot more is needed for full reindustrialization, above all programs of new technological development, based on knowledge and innovations instead of cheap workforce, as well as the strengthening of the manufacturing sector. The state puts a lot of hope in the arrival of foreign investors – RSD 11 billion has been set aside for stimulating investments in 2017, whereas the lowering of the bars for eligibility for subsidies should contribute to a better position of local businessmen in the total distribution.

The popularity of such a state policy among investors is confirmed by our 2016 list – state subsidies for new employments were used by at least a half of the ranked companies (a Serbian company among them). Most investments on the list are from the automotive industry, and their example shows that we need facilities with a higher degree of processing and technology quality than those that come down, in most cases, to manual production of car cables.

In addition to the car industry, the textile industry has also stood out, and investors come from all corners of the world. The largest contribution to the economy, however, seems to have been made by the arrival of Chinese companies to the market. Following the acquisition of Zelezara Smederevo, they are projected as the main partners for RTB Bor as well.

Zelezara Smederevo (Photo: zelsd.rs)
The arrival of a powerful company such as Hesteel to Serbia and the stabilization of Zelezara Smederevo and its further growth and development will inevitably lead to the growth and development of the metal industry, but also the Serbian economy on the whole. This is why the takeover of Zelezara of July 1 predictably placed first on the 2016 list. As it was pointed out at the time, Hesteel paid EUR 46 million to the state for the purchase of the steel mill and plans to invest EUR 300 million in Zelezara and reach the maximum production of 2.1 million tons. As announced recently, in 2017, Hesteel will make a direct investment of USD 120 million in the recovery and procurement of equipment and technology. Both blast furnaces are currently operational in the Smederevo steel mill and the increased production should lead to employments of several hundred workers more in the production facilities. It is expected that the 2017 production will reach around 1.6 million tons of steel.

The vice-champion of the 2016 list is Germany's Kromberg & Schubert, which is building a car cable factory in Krusevac. The production should, according to earlier announcements, start this year, and the Government has set aside EUR 9.5 million in incentives for the EUR 29 million investment. The factory will initially employ 2,500 workers, and then an additional 1,500.

Another car cable production facility, which will get incentives for initiating production, follows. Japan's Yazaki, producer of electronic and electrical systems for information transfer in vehicles, plans to start production in Sabac and employ around 1,700 workers by the end of 2019.

The fourth place is also taken by a company from the automotive industry. The foundation stone was laid down in Baric in early April 2016 for the construction of the Chinese-French factory Mei Ta, which will produce cylinder blocks and engine mounts, turbochargers and other components for famous car brands – Renault, Ford, BMW and Daimler. The investment is worth a total of EUR 60 million, and the test run is announced for late January 2017. Furthermore, Mei Ta plans to raise another factory in Obrenovac, for which purpose a 17 ha parcel has been designated, following which the company will be employing a total of 1,400 workers in Serbia.

The American Lear, producing car cables in Novi Sad, has placed fifth. The production first started in the hall of the Port of Novi Sad, and is being carried out since recently in the facility in the North 4 Work Zone, which has been leased to them by the city administration. Lear has so far employed more than 1,000 people of Novi Sad, and the good news is that they are planning to keep the Port of Novi Sad hall, since additional projects have been announced.

(Photo: Paul Laragy/shutterstock.com)
We return to Chinese investors, which are negotiating about RTB Bor. In the meantime, while this enterprise is looking for a strategic partner, the Government of Serbia has placed a public invitation for the selection of professional management and counseling services in running RTB Bor. The new management's task will be to increase profitability, secure new markets, new work organization and a business plan with a Pre-Packaged Reorganization Plan.

The investments of the French company Mecafor in Kikinda follows. In October 2016, the company opened a factory for the production of metal parts for the automotive industry, in which EUR 4 million was invested. For now, 55 people will be working in the facility, but the plan is to increase the number of employees later on. Mecafor started its operations in Serbia several years ago in Senta (Mecafor Products d.o.o. Senta).

The eighth spot belongs to the first Dr. Oetker factory in Serbia, where the production started in February 2016. The factory in Simanovci is located within a 8,000 m2 business complex and also contains a warehouse and office space. The capacity is 6,000 tons a year, and the factory produces 115 types of mostly powdered products for sale in Serbia and the countries of the region. A total of EUR 9.5 million has been invested in the facility.

The start of GEFCO's operations in Serbia is in the ninth spot on our list. This is one of the leading global logistics companies and the European automotive logistics leader. As announced, cooperation with GEFCO will enable local transporters to increase their operations by around 400 tours a year.

The top ten list of investments is rounded up by Germany's Continental, which started raising a new car component factory in Subotica in June, in which it will invest EUR 17 million. The factory will be completed by the end of 2018, will have 12,000 m2 and employ 500 workers. Continental has been operating in Subotica since 2011 in the car and truck component factory in Mali Bajmok Industrial Zone, where 600 people of Subotica are employed. 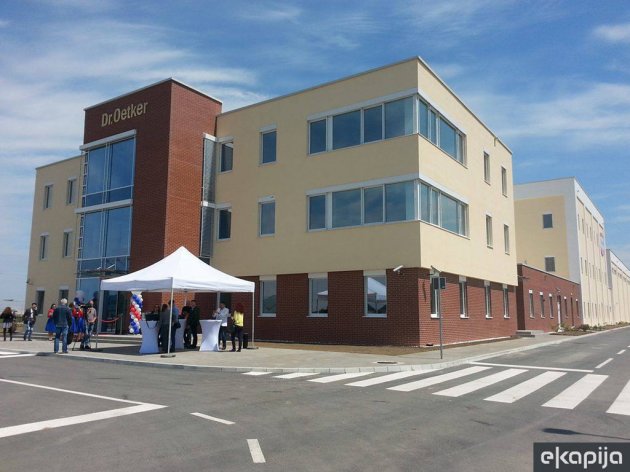 Dr. Oetker factory in Simanovci (Photo: Ivana Bezarević)
The Industrial Park Belgrade follows. After raising two logistics centers on 180 ha in Simanovci industrial Zone (rented by the forwarding company Milsped), they are announcing the construction of another hall. Two investments from the textile industry are next on the list – CCM Moda from Istanbul, which has announced arrival to Serbia, opting for Cuprija following an earlier consideration of Krusevac, and Turkey's Aster Textile's factory in Nis. Aster Textile invested EUR 9 million in the factory, which is equipped with modern machinery, and 300 workers are employed there, for which the company has received subsidies.

Another company to get state aid is Germany's IGB Automotive Comp, which opened a new production facility in Indjija. It is followed by Magna Seating, another company which is satisfied with its operations in Serbia and is therefore expanding its production capacities locally. We move from Odzaci to Nis once again, but we're staying within the sphere of the automotive industry. The Dutch company Cooperatief IMI Europe has announced a EUR 30 million investment in the production of car parts in the city, where 1,500 workers should be employed in a ten-year period, of which 30% highly qualified workers.

The list includes another investment by an automotive giant – the American Delphi is bringing construction works on the new factory in Novi Sad, currently employing 1,400 people of Novi Sad, close to completion. The company is, however, also considering opening a factory in a new location in Serbia, with Paracin being the most probable choice. This municipality earlier expressed readiness to raise a production hall in Zmic Industrial Zone to be leased to the Amercian investor. The negotiations, which have lasted for around a year now, should be completed during January. 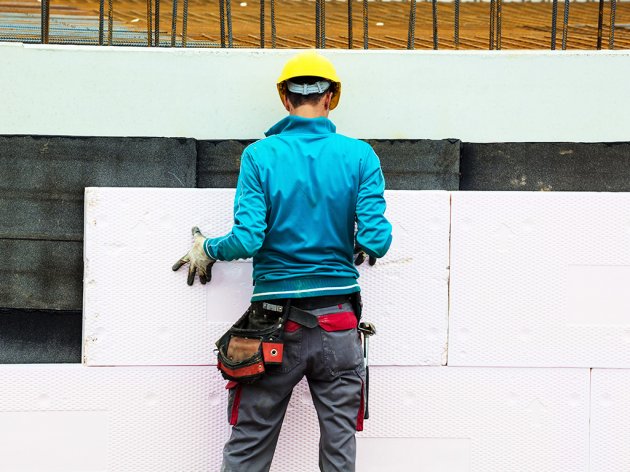 (Photo: Lisa S./shutterstock.com)
Germany's Huber Suhner has also placed on the list. More precisely, former minister of defense Bratislav Gasic announced that the German company would begin building a car part factory where 4,000 people of Krusevac would be employed. Next on the list is the only investment by a Serbian company – the new factory of construction styrofoam of the company Bekament in Arandjelovac, in whose construction EUR 4 million was invested. The Government helped with EUR 500,000, and Bekament is continuing with investments and is planning another one in 2017, in the amount of EUR 10 million – a factory for the production of paints, facades, construction glues and mortar, whose annual capacity will be 250,000 tons.

Next on the list is the announcement of new investments of the company Draexlmaier in Zrenjanin and the newly opened mixing facility of Tigar Tyres in Pirot (which fulfilled the factory's capacity and completed the investment project worth EUR 215 million started back in 2013). The list closes with jadarite explorations by Rio Tinto, which has invested over USD 60 million in site exploration in nearly 10 years. The sites are worth EUR 10 billion according to some estimates.