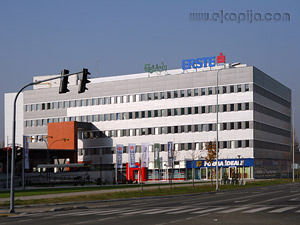 This year's positive economic trends in Serbia will continue in 2017, Erste Group estimates and projects that the growth of the gross domestic product will amount to around 3% the next year, and that in 2018 it will reach 3.3%, that the inflation will be increasing gradually, and that the dinar exchange rate will remain stable.

The Erste Group research of Serbia's macroeconomic prospects concludes that, in the first three quarters of 2016, the economy marked an expansion of 2.8% year-over-year, compared to 0.5% in 2015.

The total level of the GDP, as the report adds, has been contributed to by all components – private consumption has returned to the plus zone with an average growth rate of 1%, investment activities have sped up by 6%, the growth of state expenditure was around 3%, whereas the export have jumped by 11.2%.

The deficit of the current transactions balance has reduced considerably, below 4% of the GDP, mostly as a result of the two-digit reduction of trade deficit, as noted by Erste Group's research team.

– Based on the above, in 2017 we expect a growth of the GDP of around 3% year-over-year – the projection states and estimates that increased local demand, stimulated by an improvement of the labor market, salary raises in the public sector and an improvement of the overall economic sentiment, will be crucial to the growth.

Erste Bank expects that better economic results will keep the deficit below 2% of the GDP, whereas the NBS key policy rate should remain below 4%, with the inflation amounting to 2.4% in 2017.

It is estimated that the dinar exchange rate against the euro in 2017 will range between 123 and 124, and that it will be around 125 in 2018.
Companies:
Erste Bank a.d. Novi Sad
Tags:
Erste Group
Erste Bank
gross domestic product of Serbia
GDP of Serbia
inflation in Serbia
dinar exchange rate
trade deficit
key policy rate
NBS
Share: