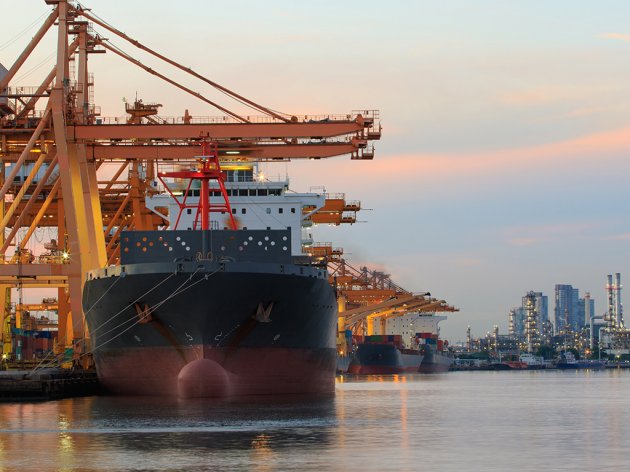 (Photo: stockphoto mania/shutterstock.com)
By privatizing the Port of Bar, the tender for which is currently in progress, the Government of Montenegro is trying to make it competitive with the ports of Koper, Thessaloniki, Piraeus, Rijeka and Durres, ports of a similar capacity, especially those in Koper and Thessaloniki. Nevertheless, Bar keeps losing jobs, while the others are expanding transport and reloading activities.

Investments have also increased noticeably in the neighboring ports, whereas Bar is characterized by a kind of isolation compared to the Mediterranean centers and other hubs of trans-European corridors. The port is not using its full capacities, as shown by the reloading results in 2015, which amounted to 812,764 tons (3.3 times less than projected capacities and 25 times less than the Port of Koper).

For the sake of comparison, the Port of Koper, which was built at the same time as the Port of Bar, and has a similar infrastructure and projected capacities, had a turnover of 20.7 million tons in 2015. Reloading in the amount of 21.4 million tons has been planned for this year, in line with the vision of making this port the leading logistics system for Central Europe.

The Port of Bar has plenty of room to utilize its capacities, despite the problem of the state of the railway infrastructure on the Belgrade-Bar route and their outdated rolling stock, but there has been a lack of investments in the maintenance of coasts and the port suprastructure in the past years. With the situation in the neighboring ports being the exact opposite, the result is that the Port of Bar has stopped reloading grains and stopped cooperating with Zelezara Smederevo this year.
Companies:
Luka Bar a.d. Crna Gora
Vlada Republike Crne Gore
Tags:
privatization of the Port of Bar
Port of Koper
Port of Thessaloniki
Port of Piraeus
Port of Rijeka
Port of Durres
Port of Bar revenues
Port of Bar profit
Belgrade-Bar railway
Port of Bar reloading
Share: