More than 15,000 guests at Ski Opening at Kopaonik 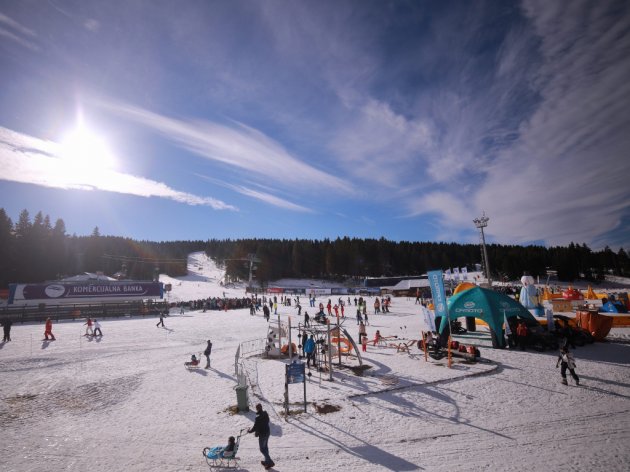 The organizers had prepared an excellent four-day program, both on the tracks and outside them. Eight excellently prepared tracks, with 30 cm of snow, saw more than 2,000 skiers during the first day only, thereby setting a Ski Opening record. Six gondolas are available, as well as two training grounds for beginners.

– In addition to good skiing, we have two big music stages for the first time this year at Ski Opening, so our guests will be able to enjoy day and night parties with popular performers, as well as skiing competitions and other features during the event. This year, Kopaonik will be the epicenter of numerous events, among which are the world gathering of flight control engineers, music festivals, skiing competitions and a wine festival. Our goal is also to draw numerous international gatherings, as Kopaonik's current potentials make it more than ready for such challenges – stated the director of MK Mountain Resort, Nikola Avram.

Dejan Cika, the director of the PE Ski Resorts of Serbia, concluded that a very successful season could be expected.

– The first day saw the record number of skiers on the tracks. This season, Deciji Grad, meant for the youngest visitors, started operating as well, containing numerous fun features making the visit even more fun for children. Furthermore, we've opened a skiing ground at Masinac and a new snowcat of the latest generation for snow grooming. We are planning to build a garage with 350-400 spaces next year and solve the problem of parking spaces at Kopaonik. A discount of 70% for ski tickets will last throughout the Ski Opening, and we will organize five Top ski weekends, during which we will offer a 20% discount on three- and four-day tickets – Cika emphasized.