SOSKIC: European Commission warns of the low level of investments 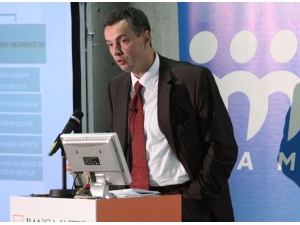 Dejan Soskic
Professor Dejan Soskic of the Faculty of Economics in Belgrade said on Thursday, November 10, that the European Commission had been right to warn that the level of investments was too low for any kind of significant economic growth in their report of Serbia's progress.

– Serbia needs investments larger than 25% of the GDP in order for the economic growth rate to exceed 2.5%, as the countries in the region – Macedonia, Bosnia and Herzegovina and Albania – have had a considerable growth this year, as they most probably will the next year as well. Growth rates sustainable in the long term solve the problems of the budget deficit and the public debt – Soskic said.

According to him, the report is quite objective and warns of unfinished reforms of the judiciary, the public administration and the fight against corruption.

– There are also serious flaws, as noted by the EC, regarding the rule of law, and the unemployment rate and the public debt are high – Soskic said.

He added that it was good, as the EC had noted, that the budget deficit had been reduced and that the reforms in public enterprises had started, but that there was room for improvement in the domain of small and medium enterprises.