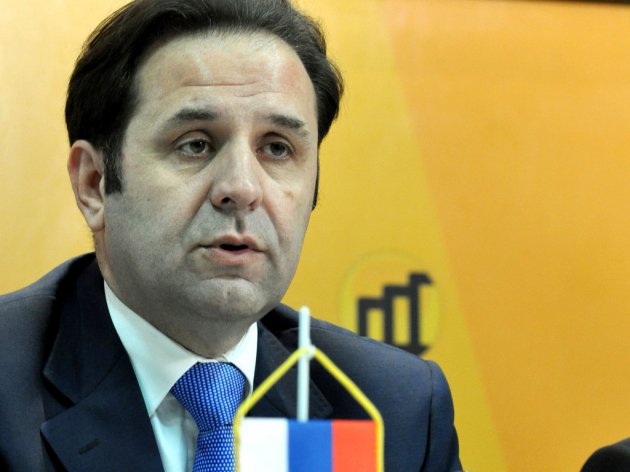 Ljajic added that the list of proposals had been compiled based on official consultations with the delegation of the Eurasian Economic Union, made up of Russia, Belarus, Kazakhstan, Armenia and Kyrgyzstan, held in Belgrade in late September.

– The proposition contains our request to maintain the current level of the liberalization of trade, identical to the one we have with Russia, which is to extend to other countries of the Union, and we have also asked for additional products from Serbia to be included in the duty-free regime – Ljajic said.

As he said, the letter asks to include the export of poultry, certain types of cheese, sugar, cigarettes and Fiat cars from Serbia to the EEU in the duty-free regime.

– Serbia produces around 94,000 tons of poultry a year and exports only 5,000 tons on average. We need new markets and we believe that the Eurasian Economic Union is a great opportunity for our producers – he said.

The Minister specified that certain types of cheese had already been included in the duty-free regime and added that 53% of Serbia's total export of cheese went to Russia.

– We've asked now to have an additional seven tariff codes in the free regime, that it, seven types of cheese more – Ljaljic added.

Talking about the request to include the export of sugar to the EEU in the duty-free regime, the minister pointed out that Serbia's right to export the quota of 181,000 tons of sugar to the European Union market under preferential conditions expired the next year, which would create a surplus for the export to another market.

– When it comes to cigarettes, the situation is such that we export the product to the Russian market at the customs rate of 18%, whereas Russia exports cigarettes to Serbia duty-free. This clause from the Free Trade Agreement with Russia is unfavorable for us, especially considering that, of our total import of cigarettes, as much as 41% is comprised of cigarettes from Russia, that is, from multinational companies operating there – Ljajic said.

The minister stated that he had also asked to include Fiat cars in the duty-free regime, as the car industry was one of the strategic industries in Serbia, but also because there was a political will in Russia and Kazakhstan to approve that kind of arrangement.

Ljajic expect the negotiations on bringing the unified agreement on free trade between Serbia and the EEU in line to begin in November, when the requests by the Serbian party are to be considered.
Companies:
Ministarstvo trgovine, turizma i telekomunikacija Republike Srbije
FCA Srbija Kragujevac
Tags:
Rasim Ljajic
Eurasian Economic Union
free trade between Serbia and Eurasian Economic Union
liberalization of trade
export to Russia
duty free export
export of poultry
export of cheese
export of sugar
export of cigarettes
Fiat Automobiles Serbia
export of Fiat
export of cars
Free Trade Agreement with Russia
Share: