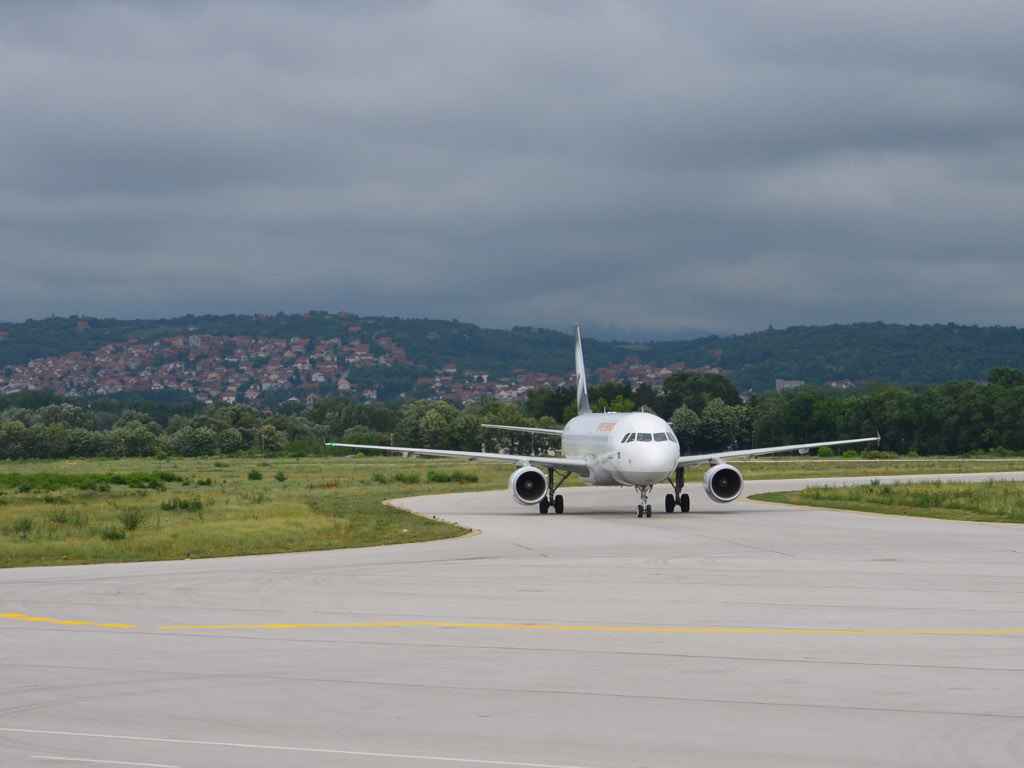 (Photo: nis-airport.com)
The first airplane of the low-cost airline company Ryanair on the Nis-Dusseldorf route landed at the Nis Constantine the Great Airport on Sunday, October 30.

Ryanair planes will fly the route twice a week, Thursdays and Sundays, and this is the seventh regular route to a European destination from the Nis Airport.

The company has been flying to Berlin since September as well, and the Hungarian company Wizzair previously introduced regular flights to Basel, Malmo, Memmingen, Eindhoven and Dortmund.

Representatives of PE Airport and the Irish low-cost company Ryanair announced the establishment of a regular line on the Nis-Bratislava route for October 31, and the Nis-Bergamo line on Tuesday, November 1.

In the first nine months of 2016, the Constantine the Great Airport had over 65,000 passengers, nearly twice as many as in the entirety of 2015. The management of the airport and the city officials project that the Nis Airport will have more than 100,000 passengers by the end of the year, an absolute record in the entirety of the period since the airport opened in 1986.
Companies:
Aerodrom Konstantin Veliki Niš
RYANAIR Ireland
Wizz Air Hungary
Tags:
Nis Dusseldorf flights
Nis Bratislava flights
Nis Bergamo flights
flights from Nis
Share: