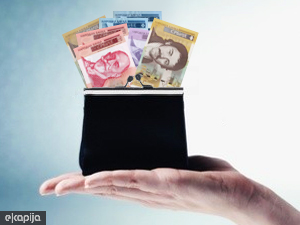 The salaries in the public sector will increase by 5-7%, whereas the pensioners will be paid RSD 5,000 or 6,000 each in the next few weeks, and the pensions will increase by 1.5 or 1.7% beginning with January 2017, said Prime Minister Aleksandar Vucic.

Following long negotiations, the Government and the IMF reached an agreement on raising salaries in the public sector and payments to pensioners on Saturday, October 29.

As specified by Vucic at the press conference on Sunday, October 30, the salaries in education will increase by 6-7%, in healthcare, police and military by 5%, whereas pensioners will get five to six thousand dinars of aid. Pensions are expected to increase by 1.5-1.7% starting next year.

The prime minister added that social and culture workers will have their earnings increased, as well as that some employees will have “higher than ever salaries” and cited education workers as an example.

– As for the judiciary, it remains to be seen in the coming days, as 16,000 court guards and 13,000 court reporters need to tell us what they want, a permanent raise or a one-off aid – the prime minister said.

Representatives of the IMF Mission praised the good results of Serbia, following a detailed review, and pointed out that the state of the budget was stable and that they had seen a considerable progress made in the area of revenues, tax collection and reduction of expenditures, but they also pointed out that there were certain problems in the sectors of mining and chemistry.

As per agreement with the IMF, the Government of Serbia is carrying out savings measures and reforms reducing the budget deficit and creating more favorable conditions for the growth of economy. The IMF Mission representatives are visiting Belgrade as part of the sixth review of the arrangement with Serbia.