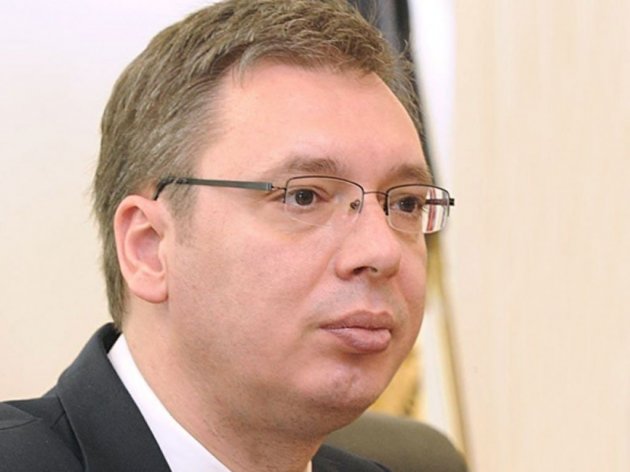 Aleksandar Vucic
The Government of Serbia is planning to invest more in Serbia’s south in the period ahead in order to improve local budgets and reduce high unemployment rates in the region, announced Prime Minister Aleksandar Vucic in Nis on Thursday, October 13.

– While we’re here, we will sign an agreement with Leoni on opening 2,200 new job positions. Aster Textile already has 250 job position and they will go for 400 to 500 new ones. We will visit Yura, where 1,000 people are to be employed. Teklas is taking a second hall, and we are expecting the arrival of the Filipinos and many others – Vucic said.

The prime minister also said that that works on the south branch of Corridor 10 were in progress, i.e. that the remaining 28.5 km on Grdelica gorge was being worked on and that there was less than 10 km of the Levosoje-Srpska Kuca section left, but that that that too would be finished in a short time.

– The biggest delays have been made precisely on the Levosoje-Srpska Kuca section, which has been put in charge of Serbian companies. They seem to be the worst at their job, because, with each new engagement, they cover their previous losses with the money they take and they always need another job to be able to the one they’ve agreed to do – Vucic said, as reported by Tanjug.

The prime minister said that the Government had set aside an additional RSD 2 billion for various purposes. – We had in mind to help you develop central city areas, especially Vranje’s old core, the center of Nis, Leskovac, to see if there’s need for it in Pirot and Prokuplje – Vucic said and added that the money should be paid by the end of January at the latest, with two thirds being paid this year, and the rest in 2017.

Vucic also said that the Government will see what it could do with the Ministry of Tourism’s funds for Bujanovacka Banja, Vranjska Banja, Zvonacka Banka and Kursumlijska Banja, which has 16,000 m2 of hotel space, as well as for Lukovska Banja and Prolom Banja.