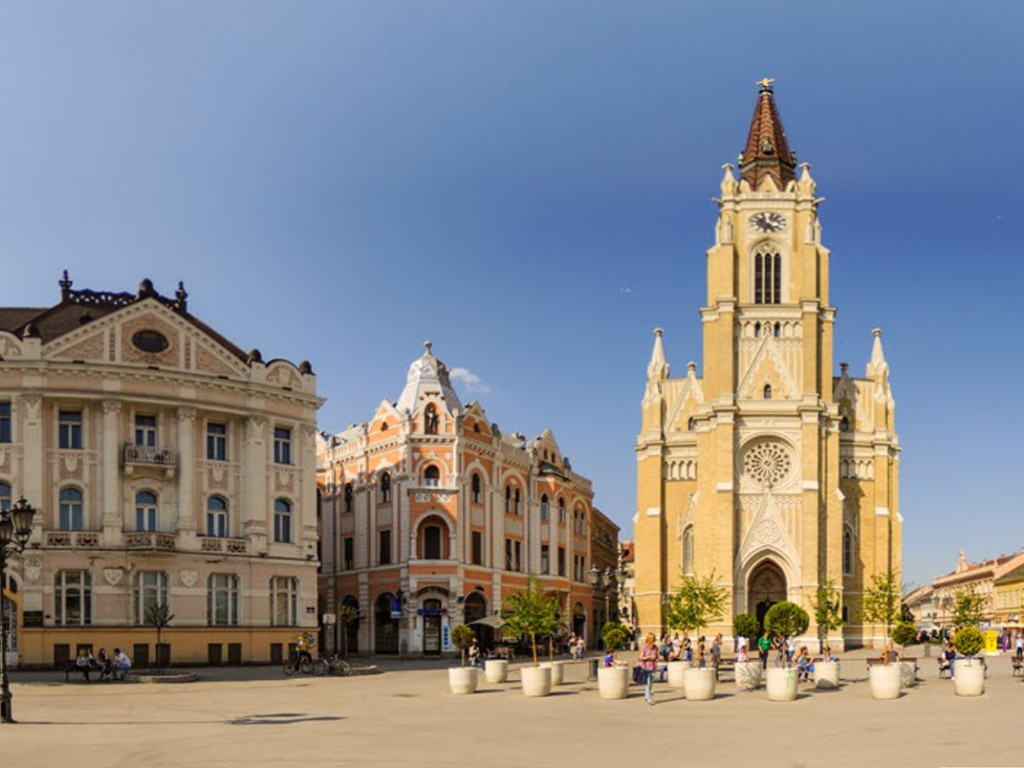 Novi Sad (Photo: Google Maps/screenshot)
Novi Sad is planning to organize three architectural contests by the end of the year – Fisherman's Island development, Theater Square and a new bridge on the Danube.

As 021.rs learns, RSD 21.7 million will be set aside from the city budget for these contests.

The city is planning to organize an architectural contest for the final reconstruction of the Theater Square, which hasn't been developed since the early 1980s, when the Serbian National Theater building was raised. This investment is certain, and, according to the city chairmen, the provincial authorities are also planning to allocate funds for works in Novi Sad in 2017.

On the other hand, the other two contests relate to projects which might not be realized in this decade, as they are very expensive and linked to each other topographically. The city will organize a contest for the development of the Kamenica Island (Sodros) and the Fisherman's Island, as well as a contest for a new bridge on the Danube in the extension of the Evrope Blvd, which crosses Sodros, according to urban plans.

The development of the Fisherman's Island, as well as the new bridge, have been talked about for decades, but haven't been implemented for various reasons. The latest estimate by urban experts was that the new bridge across Sodros won't be on the agenda before around 2030, despite having been planned back in the 1960s, even prior to the idea to build the Liberty Bridge. Even though it seems that Novi Sad is throwing away millions through these contests, they do have their advantages in the long term, as they provide for realistic analyses of the situation on the ground, which has changed throughout the years.