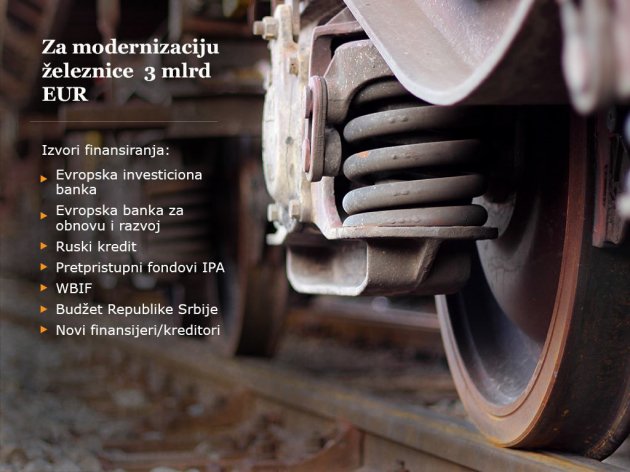 Around EUR 3 billion will be invested in the reconstruction of railways in Serbia, the speed of trains on certain sections will reach up to 200 km/h, and, by implementing European standards, traffic efficiency and safety level will be raised to a higher level. The construction is in progress on some sections, others are being reconstructed, and some are going through the planning phase. The negotiations on the construction of the Belgrade-Budapest railway are in progress, as are the negotiations with the Chinese and Azerbaijani parties on the completion of the bypass route around Belgrade and the construction of a road a railway bypass route Bubanj Potok-Vinca-Pancevo, including the new bridge on the Danube.

Miodrag Poledica of the Ministry of Construction, Transport and Infrastructure says for eKapija that the most important projects are those of reconstruction and modernization and of the construction of railway infrastructure, primarily those on Corridor 10, which connect Serbia with Hungary, Bulgaria, Macedonia and Croatia. Also, there are projects related to the so-called route 4, i.e. the Belgrade-Vrbnica-Montenegrin border route and the Belgrade-Vrsac-Romanian border route.

The project of reconstructing and modernizing the Belgrade-Subotica-Hungarian border railway route is also in focus. One section is being financed from the Russian loan (Stara Pazova-Novi Sad) and the negotiations with the Chinese party on the remaining railway sections (Beograd Centar-Stara Pazova and Novi Sad-Subotica) are in progress.

Dr Nebojsa Bojovic, the dean of the Faculty of Transport and Traffic Engineering, says for eKapija that, by reconstructing existing railways and building new ones, we will reach the standards of the neighboring countries. He explains that the projected average speed on most sections is around 120 km/h, that it will reach 160 km/h on others, and that the trains on the route towards Budapest will be able to run at 200 km/h. 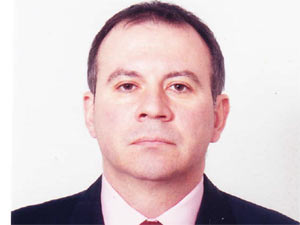 Nebojsa Bojovic
– The railway is energy efficient, the least polluting and most cost-effective type of transport in the long term. That’s why all European countries have invested a lot of money in the past years in developing railway infrastructure and in smart transport networks, which entail tracking the transport of passengers and cargo – Professor Bojovic explains.

He says that, parallel to construction works, we need to secure the interoperability of the railway – the ability of the system to secure a safe and uninterrupted traffic of trains which meet the requirements of a given network.

– By implementing the TSI, i.e. the European railway standards, uninterrupted train traffic will be established, where a single engine will be able to travel down the railway network of Serbia and those of other European countries. This means that engines will no longer need to be switched at borders, which will reduce the travel time for passengers and the time needed to transport goods. Also, the implementation of these norms means that securing the accessibility of the railway infrastructure and railway vehicles to disabled persons and persons with reduced mobility will be mandatory – Miodrag Poledica explains.

Furthermore, Poledica says, it is important to point out that, by applying these norms, for example, an increased level of fire safety is implemented in tunnels, as is a new system of running the traffic as well as other features.

The installation of electronic safety signal structures is planned on Corridor 10 routes, and other routes and regional railways at all checkpoints along the tracks. The signalization will be implemented in order to improve train traffic safety, technological reliability of traffic schedule and railway productivity, thereby making Serbia more competitive.

The new electronic safety signal structures will allow for the implementation of the European Rail Traffic Management System (ERTMS), which consists of two main components: the European Train Control System (ETCS), as the signal component of the system, and the Global System for Mobile Communication – Railways (GSM-R), as the new railway radio communication system for data sharing between railway vehicles, railway infrastructure and the rail traffic management system. 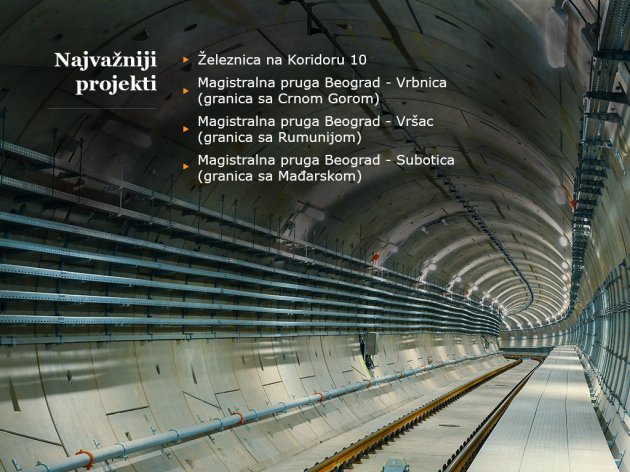 Professor Bojovic is convinced that, by implementing these projects, we will use the geographical position of our country to draw in as much passenger and cargo transport.

– Quality infrastructure and smart solutions, along with the synchronization of regulations with the European Union, will bring private operators to our railways. The legal aspect has been taken care of, and modern management will surely popularize the local railway.

To the end of creating conditions for a synchronized and efficient operation of all departments within the traffic management, Infrastruktura Zeleznice Srbije has planned the formation of a unified operating center. It will serve as a hub for monitoring, managing and regulating traffic across the public railway network.

Such a center will allow for analyzing, planning, managing and controlling traffic online to the end of enabling preventive decisions to be made in a timely fashion, as well as making components of the railway infrastructure and information on rail traffic and train composition reliable. The aim is to reach maximum operating efficiency and financial results.

The dispatch center will be built at Makis, in line with the plan to be prepared by the Russian Nias and the local CIP.

The cost of the railway projects is around EUR 3 billion. Sources of finance are EIB, EBRD, the Russian loan, the Instrument for Pre-Accession Assistance (IPA), WBIF, the state budget and potential creditors which are being negotiated with.