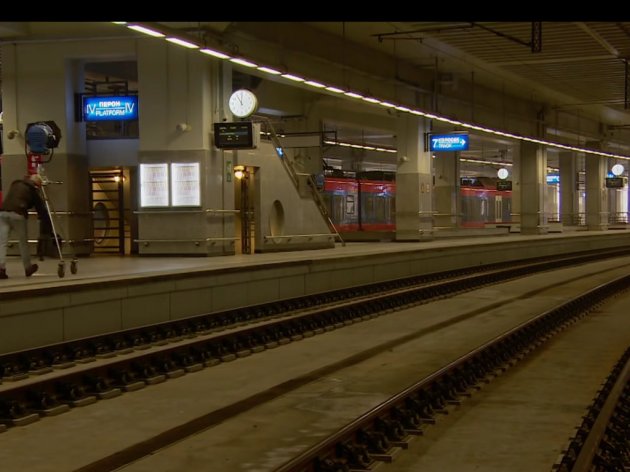 Prokop (Photo: YouTube)
The Directorate for Property of the Republic of Serbia has placed a non-binding public call for letters of intent for the the construction of the Beograd Centar Railway Station and the accompanying commercial features.

The Prokop Railway Station building is being built in line with the parameters defined by the Urban Plan and is legally the public property of the Republic of Serbia. Potential investors may provide their conceptual designs in line with the urban parameters and the competent authorities will estimate whether it is possible and necessary to change the current urban plan based on the conceptual design in question.

After the submitted letters have been analyzed, the competent authorities of the Republic of Serbia may start the appropriate procedure for the choice of partner, and the analysis is to be carried out by a mixed work group, formed by the Government and consisting of representatives of the Directorate, the Ministry of Construction, Transport and Infrastructure, the City of Belgrade, Infrastruktura Zeleznice Srbije a.d. and the Belgrade Railway Junction Construction Company.

The call is non-binding on all accounts and is placed solely to the end of assessing the market. The Directorate is not obliged by it to start any procedure for the selection of partner.