Swedish investments in Serbia since 2014 amount to EUR 37 million 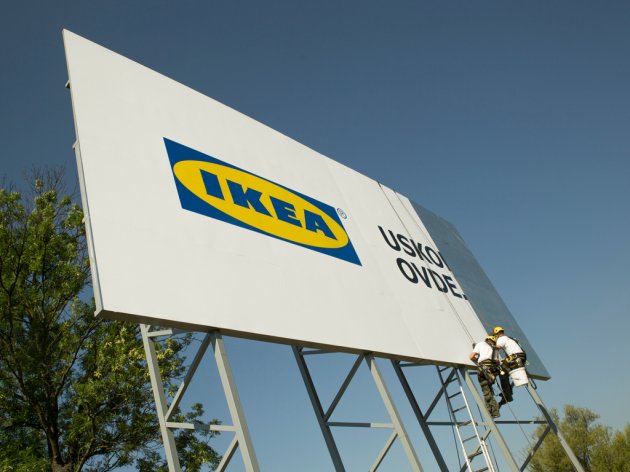 From 2014 till late March this year, Sweden made direct investments in Serbia in the amount of EUR 36.9 million, and this April, IKEA laid down the foundation for its first store in Serbia. The company intends to invest EUR 70 million and employ 300 people.

The largest investments of Swedish companies in Serbia, according to the RAS investment database, are Tetra Pak in Gornji Milanovac (packaging), LK Armatur in Zrenjanin (machinery), Verisec (IT) and IKEA (furniture) in Belgrade.

IKEA laid down the foundation for the construction of its first store in Belgrade on April 14, and the opening is scheduled for late 2016. As the CCIS says, IKEA's arrival is an opportunity for Serbian companies to become its suppliers.

The CCIS has organized Days of Suppliers on its premises to that end.

So far, the company Dakomet, which acquired the Cuprija-based wood processing factory Jasen Lukic in 2011, and which now operates under the name of Standard Furniture Serbia, has been mentioned in the public as IKEA's supplier, and the Swedish company has also started cooperating with Simpo.

Tetra Pak has, for example, placed on the list of largest exporters from Serbia in the first six months this year as well, since it exported goods in the amount of EUR 83.3 million in that period.

According to the data by the CCIS, which cite the National Bank of Serbia records, based on the old methodology, which was applied until 2014, the total net inflow from Sweden from 2005 till 2013 amounted to EUR 36.4 million, which makes Sweden the 27th among the investing countries.