PICKER: Great interest in the privatization of Komercijalna Banka 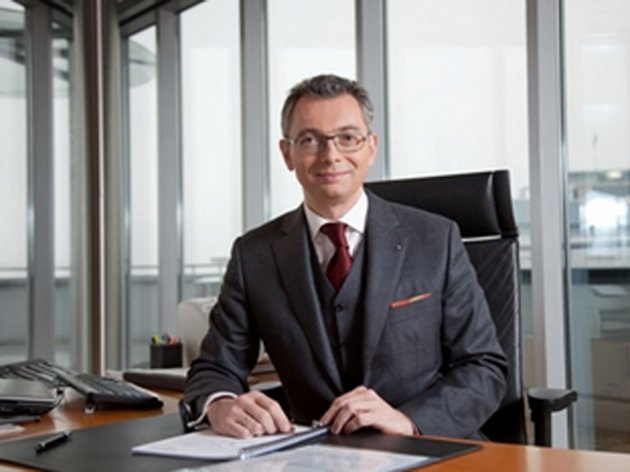 Alexander Picker
Chairman of the Executive Board of Komercijalna Banka Alexander Picker stated on Saturday, August 6, that there was obviously great interest when it came to the privatization of the bank, which was great news, according to him.

While commenting for Tanjug on media reports that certain large banks are interested in buying Komercijalna Banka, Picker said that he was working on the preparations for the privatization with his team.

– This is being carried out in line with the plan and we are cooperating closely with the privatization adviser. But Komercijalna Banka is merely an item in the process. It is the shareholders that are the driving force of the privatization, so I'm not in the position to comment on anything other than there being a great interest, which I consider great news – Picker said in his interview for Tanjug.

While talking about the concentration in the banking sector and the takeover, he assessed that Serbia had “very interesting possibilities”.

– There are important banks in Serbia, mostly foreign-owned, and, compared to other countries, we have a large number of banks. This is why a certain degree of consolidation and further concentration might be a good idea. However, we will have to find our own way here in Serbia to develop a mixture which suits the country. Komercijalna Banka will be happy to play an important role in the process – Picker said.

He noted that, from 2008, larger banks had been considered a systematic risk, and the world banking trends varied, as shown by the latest stress test of the European Central Bank.

A definite direction, Picker said, hasn't yet been defined.

– Banking seems to share the fate of disturbance with other industries, for example, the steel industry. The impression is that everybody needs banking, but that nobody needs banks. Serbian banks have mostly been developed through the German banking model from the 1990s, even the offices resemble the German ones – Picker said and added that those offices were currently closing down in Germany and Austria.

New ideas, for the most part regarding digital services, come from, as he noticed, Great Britain, South Africa and India.

When asked to comment on the state of the banking sector in Serbia, he said:

– If you're asking me as a director of a bank, it's clear that I don't like the interventions of the National Bank of Serbia, but if you're asking me as an expert, the NBS has done a very good job so far, especially last year. As a result of these activities, the process of solution and tracking of important issues, such as NPLs, has started. The start has been good, but there will be more problems which will arise in the process.

Thanks to the measures taken by the National Bank earlier, he adds, the state of personal lending is much better in Serbia than in the region, which cannot be said for the commercial sector, however, although the liquidity of the banking sector is good, and the capital adequacy ratios are satisfactory.

– Loan interest rates are decreasing, which should be good news for the commercial sector, but on the other hand, the interest rates on savings deposits are decreasing as well. Investments in Serbia still depend on bank loans to a large extent. This is why banks should turn personal savings into good commercial investments, but, due to the unresolved NPL issue, this process is not being carried out at full capacity – Picker explained.

When asked about the state of the Serbian economy, Picker said that there had been an upward trend, that the Government had given all the necessary positive impulses and that the economy reacted positively and that the investment climate was improving significantly.
Companies:
Komercijalna banka a.d. Beograd
Tags:
Alexander Picker
Komercijalna Banka
privatization of Komercijalna Banka
Share: