Works on the bridge at Ostruznica still in the preparation stage – The value of the project RSD 3.57 billion 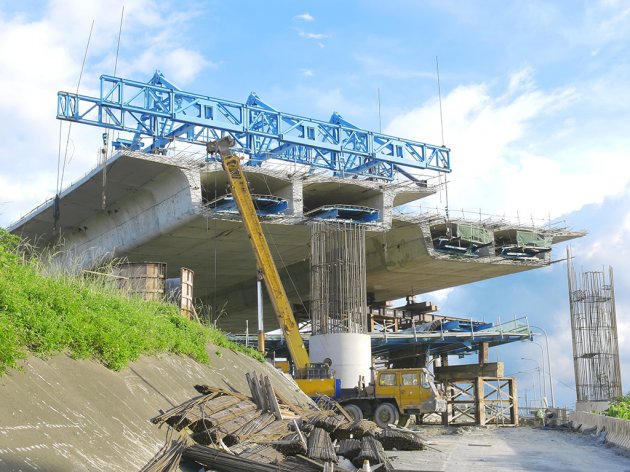 (Photo: MarchCattle/shutterstock.com)
At the construction site at Ostruznica, where the missing left side of the bridge across the Sava will be built as part of the bypass route around Belgrade, everything is still in the preparation and testing stage.

Instead of everything being obscured by clouds of dust, the works have barely gotten off the ground. Although the agreement with the contractor was signed six months ago and the works started two months ago, the workzone is not exactly buzzing with activity.

Austria’s Strabag, to which the contract has been awarded, is finishing the preparation for driving the first piles into the ground. The ground on the left bank has been prepared for five columns, and the ground has been leveled for the piles and the construction site roads. Simultaneously, the workers are removing the thick shrubbery and the humus from the right bank.

The test piles are being driven down on the right bank at the moment, and in the next ten days or so, the test drilling will start on the left bank as well. The inspection of the already installed columns in the river follows, and the testing will be performed both above and below the water surface, the construction workers say.

The builders are announcing the construction of steel components making up the bridge structure above the river for late September, whereas the mounting of the components is expected next spring. According to the schedule, the existing interchange and the future bridge should be connected in the final year of the construction.

Once the left side has been built, the corridor will get a full-profile highway, in addition to the expansion and increased traffic flow capacity. The total length of the future structure will be nearly two kilometers, of which the access structure made of concrete on the left bank will be 594 meters long, the main steel span will have 586 meters of length and the structures on the right bank will be 785 meters long.

The agreement on the construction of a bridge across the Sava at Ostruznica was signed in January 2016, and the works started on June 10. The agreed completion deadline period is 790 days, and the value of the works amounts to RSD 3.57 billion.