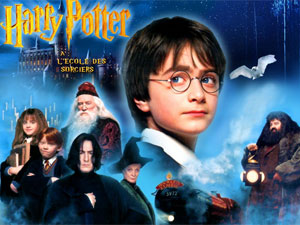 Even though readers will only be able to get the new J.K. Rowling novel, Harry Potter and the Cursed Child, starting on the midnight of July 31, the book has already broken sales records in America, as reported by Barnes & Noble.

The new Harry Potter adventure, coming into the readers' hands nine years after the last book about the boy wizard, is not a classic narrative, but almost a script for the play which will premier in London on July 30.

The author has set the plot 19 years after the events described in Harry Potter and the Deathly Hallows. Potter works at the Ministry of Magic, has three children and struggles with his past.

Rowling has decided to publish the book because many were unable to see the London play, which is sold out until May 2017 and will be serve as an introduction to the November premiere of the film Fantastic Beasts and Where to Find Them, based on the eponymous book. The play also serves as an accompaniment to the opening of a Harry Potter theme park at the Universal Studios in Los Angeles, Reuters reports.