Golubac gets a tunnel and a bypass route around the fortress – The value of the project EUR 2.3 million 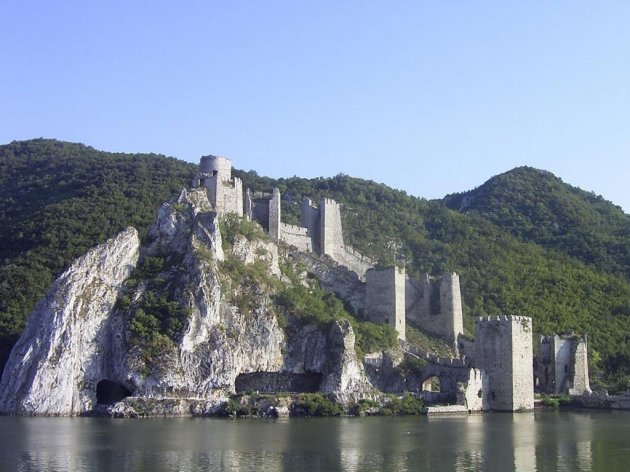 (Photo: Srpska filmska asocijacija)
The tunnel and the bypass route around the Golubac Fortress, a project worth EUR 2.3 million, were officially opened on Tuesday, July 26.

This is a part of the project “Revitalization of the Golubac Fortress”, which began in 2012 and which is financed with EUR 6.5 million by the EU and carried out by the Austrian Development Agency (ADA) in cooperation with the European Integration Office and the Ministry of Trade, Tourism and Telecommunications.

The value of the construction of the section of the total length of 760 meters, consisting of the bypass route and a 150-meter tunnel, amounts to EUR 2.3 million.

Cars used to pass through the fortress itself before, and the tunnel, which has 152 meters of length, 12 meters of width and seven meters of height, will ease the traffic on this section of the Djerdap highway. The tunnel has been built in line with the European standards, using 2,500 cubic meters of concrete, and it will also contribute to the development of tourism in this part of Serbia.

The tunnel and the bypass route were opened by the head of the Delegation of the EU to Serbia, Michael Davenport, and the Ambassador of Austria, Johannes Eigner, in the presence of Prime Minister Aleksandar Vucic and members of the Government – the ministers Nebojsa Stefanovic, Rasim Ljajic and Jadranka Joksimovic, representatives of the ADA, the Municipality of Golubac and the enterprise Golubac Fortress.

– By investing in the Danube and the Golubac area, life may return to eastern Serbia – Vucic said at the ceremony and emphasized that Serbia would especially focus on road and water infrastructure on the Danube.