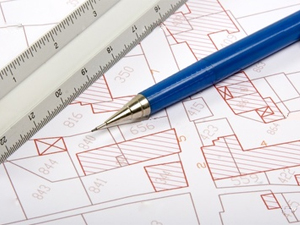 By the end of next week, a list of all structures meant to be demolished in Belgrade will be completed. The structures were built in violation of the Law on Legalization and the Law on Planning and Construction, it was announced on July 19 after the meeting of representatives of the Ministry of Construction, Transport and Infrastructure and the City of Belgrade.

As the Ministry announced, the state secretary of the ministry, Aleksandra Damnjanovic, the mayor of Belgrade, Sinisa Mali, and the city manager, Goran Vesic, agreed to do everything in their power to put a stop to illegal building and to make all those who break the law suffer legal consequences, including representatives of municipalities and building inspectors.

It was announced that the control of all structures, nearly 10,000 of them, had started. The legalization of the structures has been demanded from the date of the adoption of the law.

The structures will be compared to the satellite shot which is now also available to the City of Belgrade, in order to determine whether they were built after the law was passed. If the authorities determine that the law has been broken, criminal proceedings will be initiated against the investors and municipal officials.

The Ministry and the City of Belgrade will form a joint workgroup which will monitor the work of all the institutions responsible for enforcing the Law on Legalization and the Law on Planning and Construction. The workgroup will control the enforcement of the law on the ground on a daily basis and react immediately in case of its violation.

– Each act of construction without a permit since the day of the adoption of the Law on Legalization, November 26, 2015, is a criminal act. Such structures cannot be legalized. Instead, the decision on the demolition is passed immediately and the execution date is scheduled. Anyone not abiding by the law is engaging in criminal activity and will be held responsible – Damnjanovic said.

She added that the Ministry and the City of Belgrade, together with the Ministry of Internal Affairs and the prosecutor's office, will take all necessary measures to stop the illegal construction and to bring those responsible to justice.
Companies:
Grad Beograd
Ministarstvo građevinarstva, saobraćaja i infrastrukture Republike Srbije
Tags:
City of Belgrade
Law on Legalization
Law on Planning and Construction
Ministry of Construction Transport and Infrastructure
Aleksandra Damnjanovic
Sinisa Mali
Goran Vesic
illegal building
building inspection
building without permit
legalization of buildings
Share: