MIHAJLOVIC: I will insist on the extension of the repayment period of the Russian loan 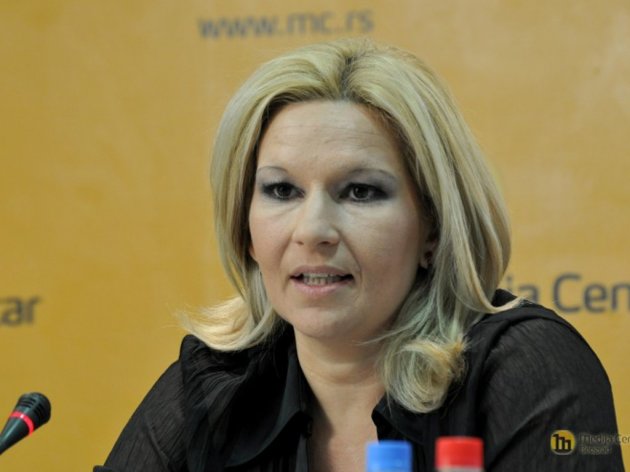 (Photo: Mc.rs)
(Zorana Mihajlovic) Minister of Construction, Transport and Infrastructure Zorana Mihajlovic stated on July 14 that she would insist on the extension of the repayment period of the availability of the Russian loan because a pause in its use might cause the construction works on the reconstruction of railways to stop.

– Serbia was given the Russian loan in 2008, but didn't use a single dollar before 2013 – Mihajlovic said and clarified that the total value of the loan for the reconstruction of railways was USD 800 million.

She also said that an agreement on the withdrawal of USD 338 million from the Russian loan for the construction of a new, 43 km-long, section from Stara Pazova to Novi Sad was to be signed the next day.

– The availability period of the Russian loan is until December 2017 and it needs to be extended – the minister said and added that she hadn't heard that either the Russian party or the competent ministries had talked about modifications to the loan.

– We've already used the loan to modernize 120 km of the railway and procure new trains. The most expensive loan is the one which remains unused. Those who had failed to use it paid the political price, but the price was also paid by the citizens – Mihajlovic said.

According to her, the money is also being used for the reconstruction of the section of the Belgrade-Bar railway from Resnik to Valjevo, which is 77 km long, and the value of the construction work is USD 80 million.