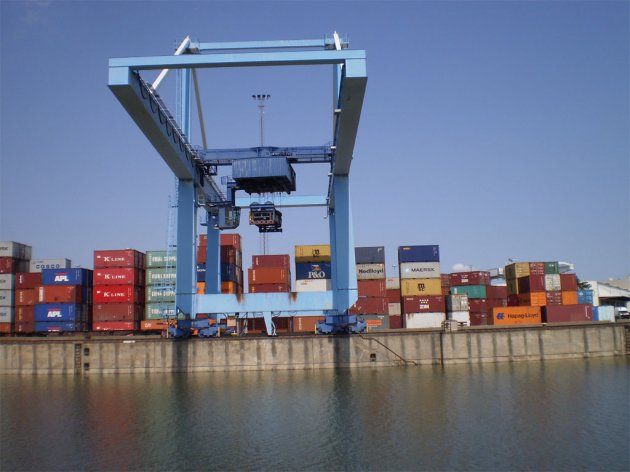 (Photo: Cvijeta Radović)
Luka Novi Sad has paid nearly EUR 50,000 (RSD 6.14 million) to the state budget, which is the dividend of the State of Serbia as the majority owner of this enterprise. The Novi Sad port announced that it was the only state-owned enterprise that pays dividend to the state as its owner.

- The dividend was paid last year as well, which was an unprecedented event in the operations of Luka Novi Sad – the company states.

The management claims that in the past two years record results were made in trans-shipment, since over a million tons of goods passed through Luka Novi Sad. If the weather conditions and the water level remain favorable, it is expected that a new record will be made this year, since over 600,000 tons of goods have already been trans-shipped.

Luka Novi Sad is the only state-owned port of the 10 Serbian ports and it should soon be privatized. Before March 30, which was the deadline for the submission of offers, 11 companies had sent letters of intent.

The Minister of Economy Zeljko Sertic previously said that there was no deadline for the privatization. - There's no reason to worry when it comes to the privatization of Luka Novi Sad, since the possible strategic partner can only become the operator, but not the owner of the land and infrastructure – said Sertic.

The port employs 155 people, and its area encompasses over 30 hectares and nearly 150,000 square meters of open and closed warehouse space. At one point, its value was estimated at EUR 21 million.