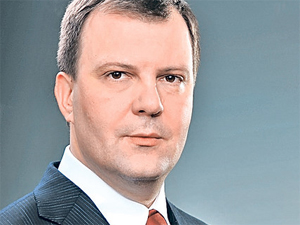 Shortly before the voting, Mirovic addressed the parliament and thanked those who announced that they would vote to elect him, but also those who said they wouldn't, because, as he said, it was good to hear both sides.

He stated that the results of the new government would be measured by the number of factories opened and new jobs created.

In addressing the Assembly of the Autonomous Province of Vojvodina, while laying out the program of the Government of Vojvodina, he said that the main goal of the government would be to draw in foreign and local investors and to direct them to the less developed municipalities of Vojvodina.

The activities of the new Government, according to Mirovic, will be based on ten principles.

The Provincial Secretariat for Regional Development, Inter-regional Cooperation and Local Government will be led by Ognjen Belic (SPP), Secretariat for Economy and Tourism by Ivan Djokovic (SPS), Secretariat for Education, Regulations, Governance and Ethnic Communities by Mihaly Nyilas (AVH), Secretariat for Social Policy, Demography and Gender Equality by Predrag Vuletic (Movement of Socialists) and the Secretariat for Energy, Construction and Transport by Nenad Grbic (Social Democratic party of Serbia). The Vice President of the Government of Vojvodina (General Affairs) will be Djordje Milicevic (SPP).