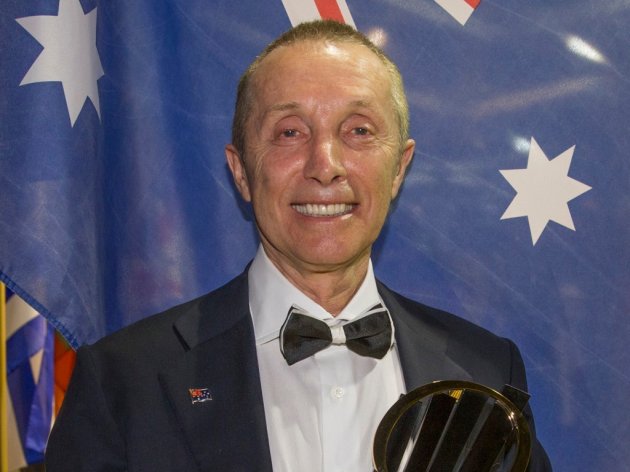 Manny Stul
Manny Stul, Chairman and Co-CEO of company Moose Enterprise was named, at an awards ceremony held on Saturday, June 11, in Monte Carlo, the EY World Entrepreneur of the Year 2016. The competition for the most prestigious acknowledgment in entrepreneurship this year say 55 national winners and awardees of the EY Entrepreneur of the Year from 50 countries. The competition, which is organized by the international consulting company EY (Ernst & Young), was attended by Serbia for the fourth time.

Manny Stul, the EY Entrepreneur of the Year 2016, took over Moose Enterprise, an Australian toy factory with only 10 employees, in 2000, having previously founded the company Skansen Giftware, which listed on the Australian Stock Exchange in 1993. By leading Moose, Manny increased the sales by 7,200% and built a world-class business which is today the fourth biggest toy company in Australia, and the sixth company in the USA by sales. Nowadays, Moose sells its toys in over 80 countries of the world.

- I competed with an extraordinary group of entrepreneurs and I have become inspired by their stories. We are a company which thrives by focusing on innovations, with integrity and a clear goal – to make children happy. This is what enabled us to grow exponentially and overcome huge obstacles – said Manny Stul, awardee of the EY World Entrepreneur of the Year 2016.

Dusan Perovic, founder and cahirman of local company Termovent – Komerc Ltd is the fourth winner of the EY Entrepreneur of the Year in Serbia. Termovent – Komerc is a family company which manufactures, designs and installs HVAC (heating, ventilating and air conditioning) equipment and systems, and in its two-decade existence, it has successfully carried out over 100 projects all over the world – in the countries of the region, the European Union, Russia, but also in the United Arab Emirates. Dusan Perovic, representing Termovent – Komerc, won the award in the competition attended by 28 candidates from 9 industries and 18 Serbian cities.

- This is a wonderful evening, the crowning night of my success. I am delighted to have been nominated for the EY World Entrepreneur of the Year 2016 award among the 55 biggest businessmen in the world. I consider my success to be even greater seeing how I come from a small country, where business activities are complex and I am extremely proud of the fact that the expert jury has given the highest rating to the business activities of Termovent – Komerc – said Dusan Perovic.

- We are very proud of the global program of our company, especially of this year's representative of the Republic of Serbia, Dusan Perovic and his company Termovent – Komerc. For four years in a row, Serbia has had a representative in the world entrepreneur competition which adequately represented the entrepreneurial spirit of our country – said Ivan Rakic, partner of EY Serbia.