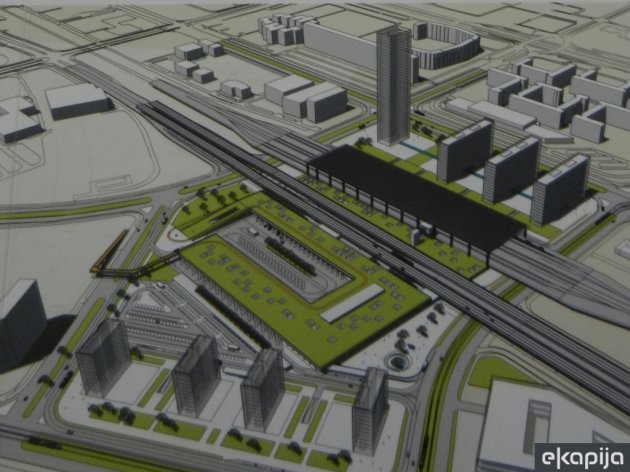 (Photo: Milica Stevuljević)
On April 30, the deadline for bidders interested in responding to Belgrade's non-binding invitation to construct and manage the city's new bus station expired.

"Four letters of interest arrived by the set deadline. As in other proceedings the city conducts in this way, it is not possible to reveal the names of the firms concerned at this stage of the proceedings, the mayor's office has reported.

Sinisa Mali, Belgrade mayor, has announced that the construction of the bus station will commence in the spring of 2017. The capital's No. official said that this by no means meant that the Belgrade Bus Station (BAS) or Lasta would cease to exist. The only thing that is certain is that BAS will not be relocated from its current site until the new bus station has been built in Block 42, scheduled for late 2018.

Although the two companies could be potential partners, the door is open to other, domestic as well as foreign companies. The city could easily not opt for the 'domestic veterans'.

Neither Lasta nor BAS were willing to comment on the issue of their survival.

In addition to termini, a potential investor would manage commercial facilities, including a parking lot and office space. The construction of the new bus station will be funded by the city. The works, which will be supported by the European Bank for Reconstruction and Development (EBRD), are worth EUR 20 million, while the project's conceptual design was selected in a 2014 competition.