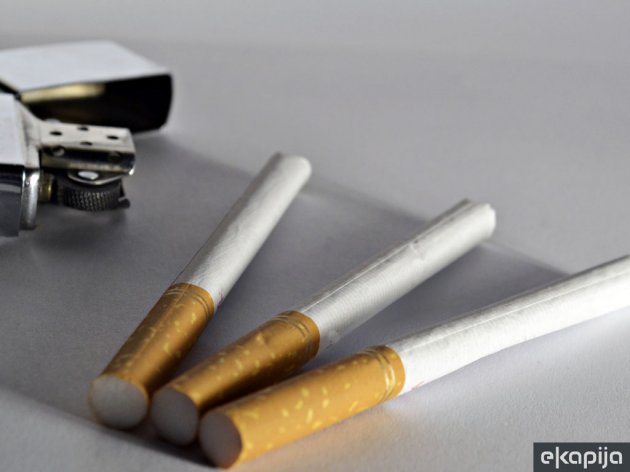 (Photo: Ivana Vuksa)
The foundation stone for the construction of Novi duvanski kombinat on 28,000 square meters was laid on Saturday ( May 7 2016 ) in Podgorica and completion is expected in a year.

The investment totals EUR 10 m, the plant will produce 180 tons of tobacco per year, and the funds will be invested by Arab company BMJ Industries FZ LLC . Machines for the plant were ordered from Germany and will enable four times higher production scope compared to old Duvanski kombinat in the capital of Montenegro.

BMJ Industries FZ LLC is one of the leading companies in tobacco industry.

The contract with " BMJ Industries FZ - LLC" The Government of Montenegro has concluded in mid-February . Arab company was the only bidder in the tender for the privatization of the sixth , and the recapitalization of the "New Tobacco Plant " and offered an investment of 20 million euros.

The contract with BMJ Industries FZ-LLC was signed by the Government of Montenegro jn mid February. Arab company was the only one to