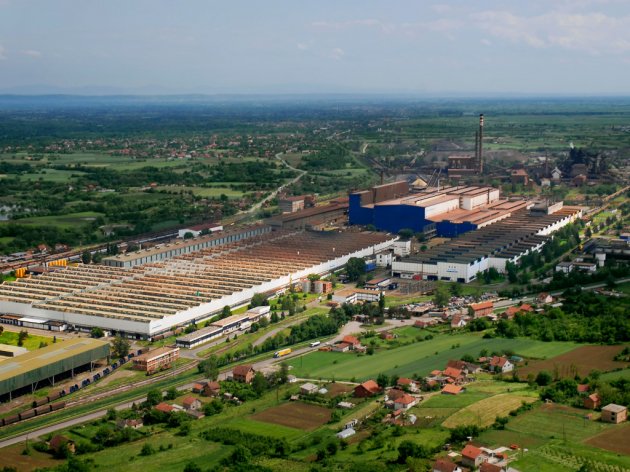 (Photo: zelsd.rs)
The contract for sale of Zelezara Smederevo to Chinese company He Steel was signed today in Smederevo by the minister of economy of Serbia Zeljko Sertic and President of He Steel, Ju Jong.

He Steel was the only bidder for the purchase of Zelezara at EUR 46 m which the Government of Serbia adopted April 5.

The company is planning to invest EUR 300 m in Zelezara, to reach a maximum production of 2.1 million tons and keep all 5,050 workers.

Signing of the sales contract in Smederevo’s steel plant was attended by Serbian Prime Minister Aleksandar Vucic, Serbian government ministers, the President of the Republic of Srpska Milorad Dodik, representatives of the diplomacy. Representative of employees at Zelezara, Jelena Pasaric Pavic welcomed new owner of Zelezara.