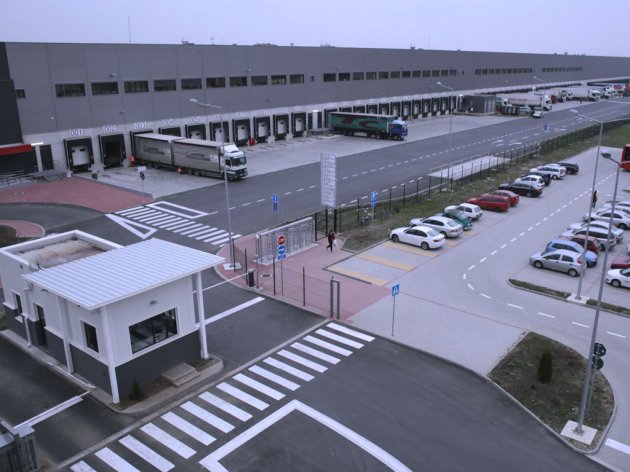 GM at Delhaize in Serbia John Kyritsis announced investments of EUR 50 million in the expansion of the concept of the company, as well as the renovation and transformation of stores and other projects. He said that Delhaize" is the biggest retail chain in the market and added he hopes that with the support of PKS they will continue with investments in Serbia.
Delhaize Serbia is a member of the international trade chain Delhaize Group based in Belgium and which operates on three continents in six countries. In Serbia, where it is the largest retail chain, Delhaize has been operating since August 2011, it has more than 11,400 employees and a total of 396 Maxi retail stores, "Shop & Go" and "Tempo".
Distribution center of Delhaize, where the company has invested EUR 50 m, was officially opened in November 2014. In the distribution center, which was built in just 14 months and where currently more than 800 workers operate, every day 6,500 pallet arrives, which is the quantity of goods sufficient to supply 500 stores.
Companies:
Ahold Delhaize Serbia d.o.o. Beograd
Privredna komora Srbije
TEMPO Hipermarketi
Tags:
Delhaize
Džon Kiricis
Delez
PKS
Maxi
Shop&Go
Tempo
Privredna komora Srbije
Marko Čadež
Distributivni centar Delhaize
Share: