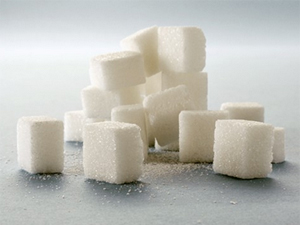 Nenad Budimovic, the secretary of the Agriculture Board of the Serbian Chamber of Commerce (SCC), said Thursday (24 March 2016) that the state should start talks with Russia about the abolition of customs duties on white sugar exports from Serbia to that country, which currently amount to USD 300 per tonne. He told the press on the SCC premises that white sugar was excluded from the Free Trade Agreement between Serbia and Russia and that it was, therefore, subject to tariffs.

- Now is the time to commence negotiations with Russia on the abolition of that duty in order to find buyers for about 200,000 tonnes of surplus sugar from Serbia because sugar production quotas in the European Union are set to drop in 2017, which will definitely affect the sugar market in Serbia - Budimovic stressed.

According to him, sugar beet production in Serbia this year will depend on contracts between farmers and sugar refineries, but it is for certain that there will be much fewer hectares under that crop in 2016 than in 2015, mainly due to a decrease in prices not only in Serbia, but also in the EU. The plan is to plant about 60,000 hectares in Serbia with sugar beet this year.

Serbia is the only country in the Balkans that has a preferential trade arrangement with the EU that applies to sugar exports and has the right to export 181,000 tonnes of that product.

According to some earlier data, sugar consumption in the EU is estimated at a total of 17.8 million tonnes a year, which accounts for approximately 50% of the global production of sugar from sugar beet, and it is forecasted to drop to 17 million tonnes through 2023.