EBRD continues supporting SMEs in Serbia - Grants for "consultants" of up to EUR 10.000 available for businessmen 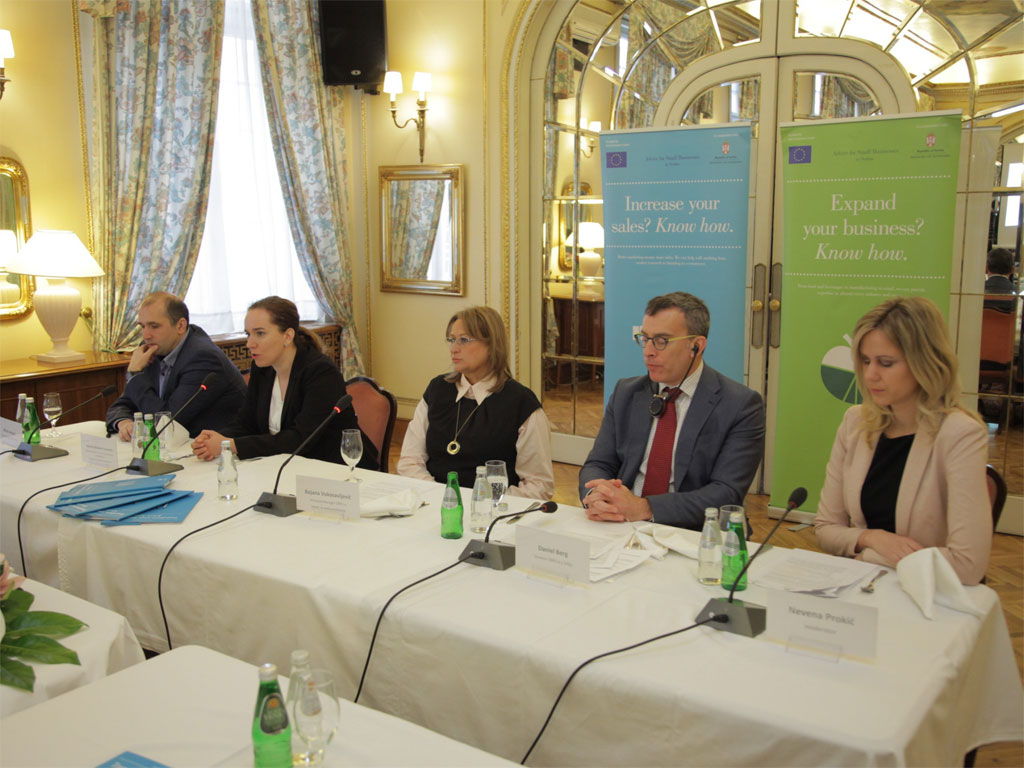 The European Bank for Reconstruction and Development will continue to support small and medium enterprises, representatives of this bank who on Friday, March 4, invited companies from the sector to apply for vocational counseling programs, said.

Despite the fact they generate nearly 70% of jobs, create 54% of gross added value and about 34% of gross domestic product, small and medium enterprises in Serbia face numerous challenges. In order to improve their business, with the support of EBRD since 2013, "Program of support to small and medium-sized enterprises in Serbia", funded by the European Union with the support of the Ministry of Economy of Serbia has been implemented.

So far, it involved more than 240 companies to whom domestic and foreign consultants assisted, providing necessary technical skills and know-how, in order to encourage innovation, attract investors, acquire relevant expertise, become leaders in business and thus increase the competitiveness and productivity in private sector in Serbia.

A total of EUR 15.5 m has been spent so far for consultant from donations of various donors, primarily from EU, but also many others who are also EBRD shareholders, it was told to reporters at the presentation of the results of the "Program of support for small and medium-sized enterprises in Serbia".

This program provided support to companies from different industries such as food and beverage, wholesale and retail, distribution, construction and engineering.

Head of EBRD for Serbia Daniel Berg pointed out that small business is the key for economy development and said that the bank is supporting SMEs as they can push growth.

- SME firms receive our help, and within the project it is consulting that is provided. And when we see small companies which used our help to continue to invest and progress, it's great and we want to have their continued growth. If we could help 100 companies per year, it would be good, because they are an important part of the economy – Berg said.

He explained within the project, companies do not receive 100% grants, but it is expected that they participate as well. According to him, since 2001, EBRD in Serbia supported more than 750 companies, which helped private sector development.

Bojana Vukosavljevic from EBRD has explained today that the maximum grants for advisors is EUR 10,000, and the percentage which donors give will depend on consulting services and company location, so those from smaller communities received a higher grant percentage. 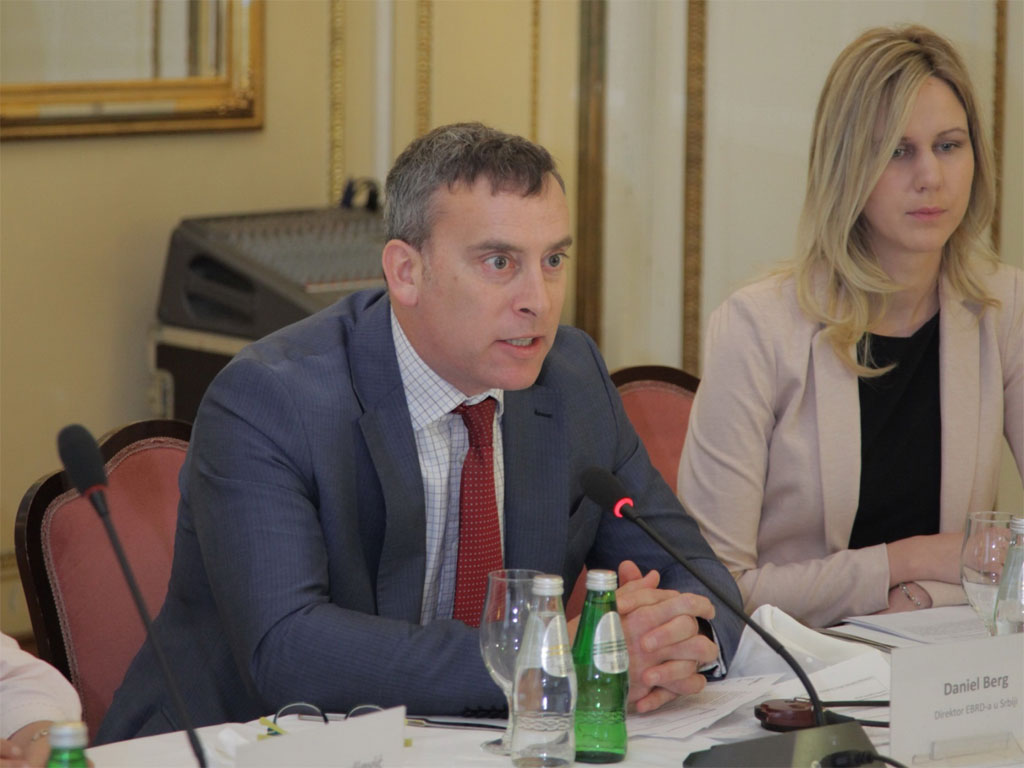 She said that the program supported companies from different industries , such as food and beverage sector , wholesale and retail , distribution , construction and engineering, and pointed out that 77 % of companies which received advice from EBRD increased their turnover, by 23% on the average.

-More than half of the companies who asked for an advice through this program increased the headcount by an average of 14%. Positive experiences of both small and medium-sized enterprises and consultants are very encouragin and we intend to continue with this program in Serbia - Vukosavljevic said and reminded that EBRD does not support financial sector, tobacco industry and the military, gaming, etc.

She also announced that it was planned to start with EDIF regional project in June which would be supported by the Ministry of economy and the World Bank.

- Our idea is thus to be here three or four years so that SME sector would get ready for joining Europe and continue operating when there is no support – Vukosavljevic said.

Assistant minister of economy, Katarina Obradovic Jovanovic said this support is an important element, and expressed hope that the resource ministry will continue to cooperate with EBRD in the "Year of Entrepreneurship" as well.

- Knowledge is a missing resource – she said, adding that it means providing high-quality advice and specific experience of experts from abroad.

She explained that the funds for EU grants are available through two main channels that for us the most important ones are IPA funds, as well as regional IPA for the Western Balkans.

- The project shows how to effectively use EU funds through IPA funds and to focus SMEs which need them badly - Obradovic Jovanovic said. 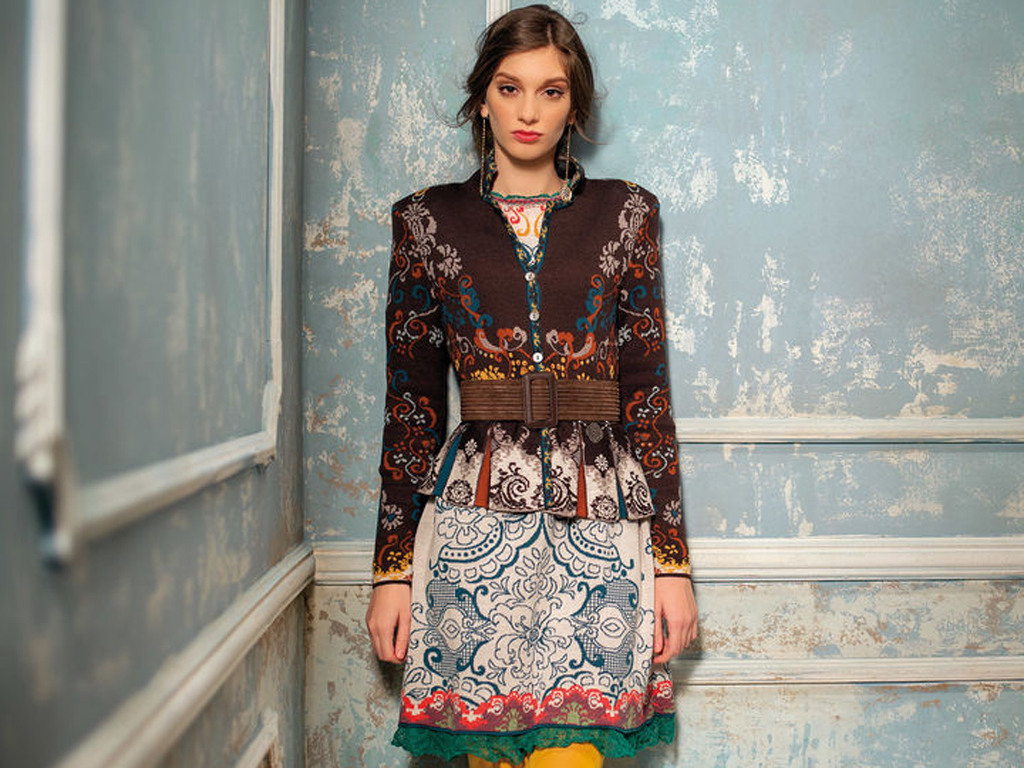 (Photo: ivko.com)
Ivkovic as an example

Milos Ivkovic, owner of knitwear Ivkovic, is one of the multiple participants in the project. The first time he applied he was refused, but his persistence paid off for the second time and with expert advisory support and participation in other development projects, he managed to make a successful export company.

- We are cooperating with EBRD since 2010, and we had several projects on which we worked together, some of them fully financed by EBRD, and some of them we co-funded. Thanks to "Program of support to small and medium-sized enterprises in Serbia”, we received lot of knowledge and experience and practical advice from international consultants meant a lot to us, mostly when we were launching new production processes in the most basic sense" – Ivkovic says.He added they are a family firm set up in 2004 and today they sell abroad so monitoring of financial statements is a necessary part of business in order to achieve the best results and EBRD helped them out there a lot.