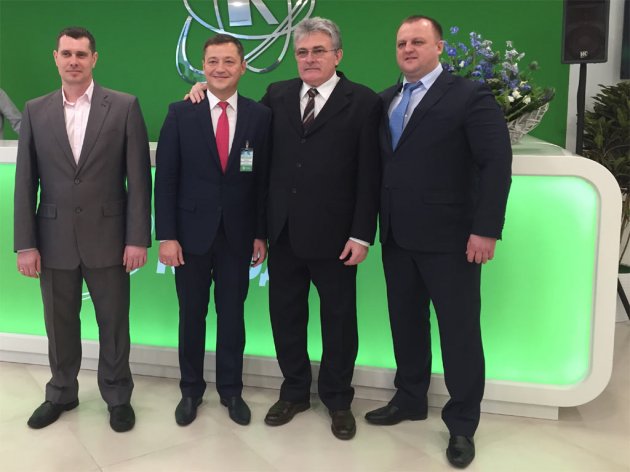 Termovent CEO Dusan Perovic at the opening ceremony of the factory

Termovent has finished a big job in Russia. Namely, the Katod project is successfully implemented three years after a contract was signed. The Serbian firm was the main contractor for the construction of clean rooms as wall as complete mechanical and BMS installations within the Katod factory, which was ceremoniously opened today.

Termovent signed a EUR 3.3 million cooperation contract in November 2013 with the Russian company Katod from Novosibirsk, in the presence of Serbian Deputy Prime Minister and Minister of Foreign and Domestic Trade Rasim Ljajic. According to the contract, Termovent was to do the complete engineering of HVAC and BMS systems, according to the turnkey principle, and a space for sterile production of optical fibers.

For its consistent compliance with regulations, acknowledgement of clients' needs and respect for the agreed project price and deadlines, Termovent is declared the best contractor to the Katod facility, it is said in a release.