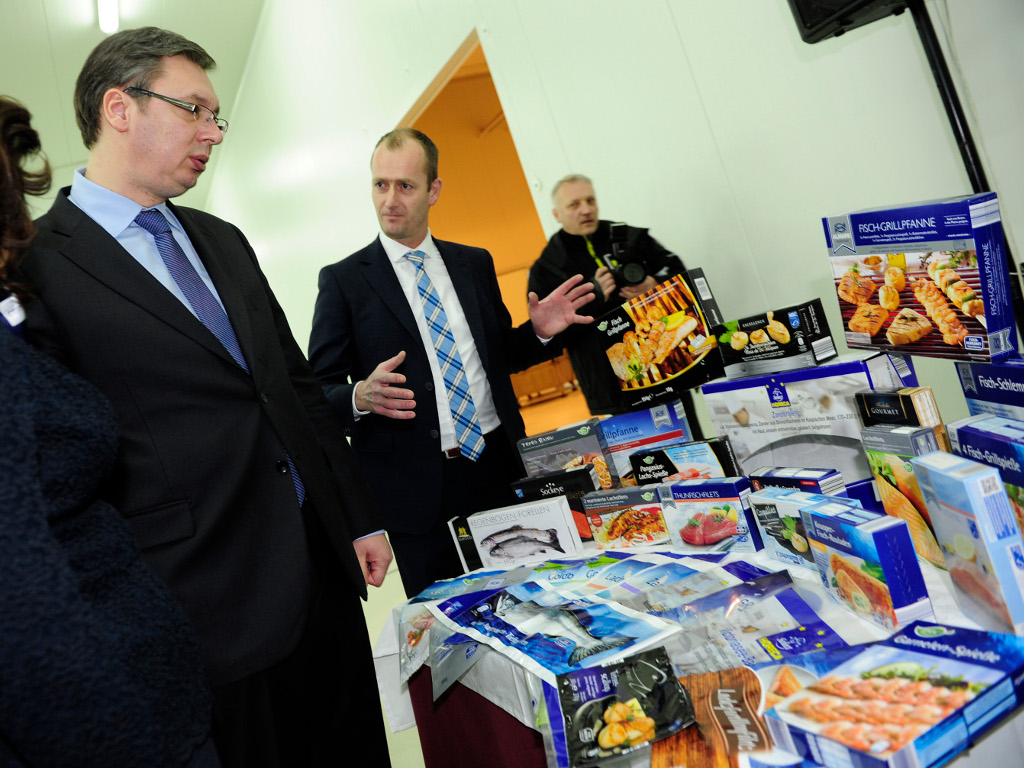 Aleksandar Vucic on a tour of the factory in Smederevo (Photo: Tanja Valic/Tanjug)

Germany's PTC Germany was handed the keys today in Smederevo to the new 4,000 square meter production facility where this company plans to process fish and employ 300 workers.

The keys were handed by Serbian Prime Minister Aleksandar Vucic, who underlined on that occasion that PTC Germany would be exporting fish from Serbia.

The factory in Smederevo is now in the process of acquiring necessary permits for production and export, while April 2016 should see it operate at full capacity.

A Memorandum of Understanding between the Serbian government, the City of Smederevo and PTC Germany, one of the leading fish processing companies in Germany, was signed October 2015 in the presence of Prime Minister Aleksandar Vucic.

PTC Germany then rented a production facility of 3,000 square meters from the City of Smederevo, as well as 2.5 kilometers of roads with accompanying infrastructure, for a total of EUR 3 million.

Following the lease of that production facility, Smederevo promised to build a 500 square meter cold storage plant, while PTC Germany said it would employ additional 100 workers.