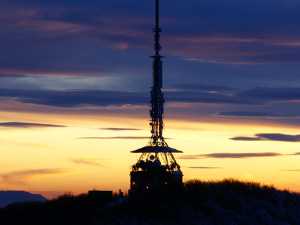 (Photo: digitalizacija.rs)
Serbia has so far earned nearly EUR 100 million from the digitization of television that ended six months ago. Considering that the digitization process in Serbia cost the country about EUR 40 million in total, EUR 10 million of which were donated by the European Union, Serbia has so far earned EUR 126 million from digitization, while the net profit is somewhat below EUR 100 million, Branko Gogic, the director of Emisiona tehnika i veze, told the daily Danas. He added that the state had sold a part of the spectrum in the 1,800MHz band in early 2015 at a price of EUR 21 million, as well as digital dividend for EUR 105 million a month earlier.

- Digitization of terrestrial television in Serbia was, from the current point of view, an absolute success. Serbia does not have many deals and projects that multiplied the capital invested only few months after their implementation. Citizens have obtained a TV signal of higher quality, better access to mobile networks and faster Internet - Gogic underlined.

According to him, digitization process has showed that there were places in Serbia where TV signal was not available.

- In only few months, from June 2015 until today, we have built and commissioned new digital stations in more than 14 locations in Serbia that were not initially covered by the digitization plan. It must also be stressed that the Ministry of Trade, Tourism and Telecommunications had 25 capital broadcasting stations reconstructed, so we can say that the buildings and antenna poles of 163 broadcasting stations were renovated by the end of 2015 - Gogic noted.

He also stressed that Serbia had finished the digitization process before the deadline - 17 June 2015, adding that certain neighboring countries, such as Romania, Bosnia-Herzegovina and Albania, were still far from completion.