PETROVIC: There are too many banks for Serbian market 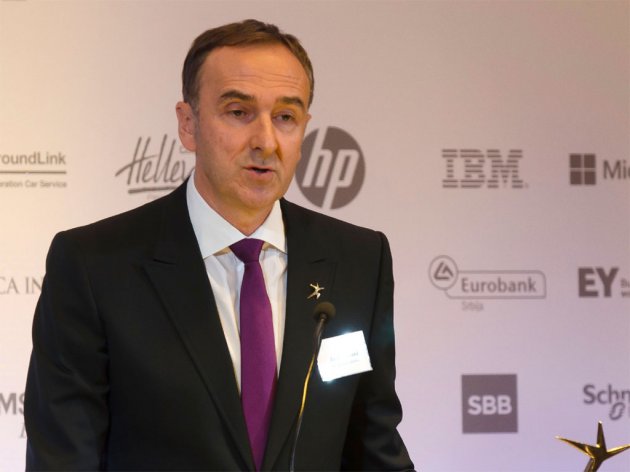 Zoran Petrovic
President of the Executive Board at Predsednik Raiffeisen bank, Zoran Petrovic, estimated that 2016 will be a challenge for banking sector since there are too many banks at the Serbian market but when it comes to solving of loan issues as well.

- It is no longer a secret there are too many banks at Serbian market. For GDP of EUR 33-34 billion, 29-30 banks should be there – Petrovic said.

Competition, as he said, is high but statistically, every third bank has been generating losses.

That is, as he said, compared to other markets in the region and CEE, a few.

Petrovic estimated that in the upcoming period, despite new arrivals and investors, further banking sector consolidation is expected. – Market players with a low share and which have been generating poor results do not have perspective at this market – he said.

Log in to view complete information:
Forgot your password? Click here HERE
For free test use, click HERE
Latest
Most read
Features of the New Law on Excise Taxes – Whiskey Cheaper, Domestic Fruit Brandy More Expensive 14.05.2021.
MK Group Purchases Shares of Stratex in Budvanska Rivijera and Increases Ownership by Nearly One Third 14.05.2021.
Certain Parking Spaces in Belgrade Cost as Much as a Studio Apartment – Even More Expensive on Kopaonik 14.05.2021.
Draft Amendments to Law on Excise Taxes Adopted – Working Group for Development and Establishment of Electronic System eAgrar to be Formed 14.05.2021.
Fourth Serbian Conference on Public-Private Partnership on June 8 in Hybrid Form 11.05.2021.
Kraljevo to get stadium with 8,000 seats – This is what modern, UEFA-ready stadium will look like 14.08.2019.
POPOVIC: Rubin to be helped in increasing export to Russia 12.04.2018.
Germany supports secondary vocational education in the region with EUR 25.5 million 15.12.2019.
Weather
Weather forecast