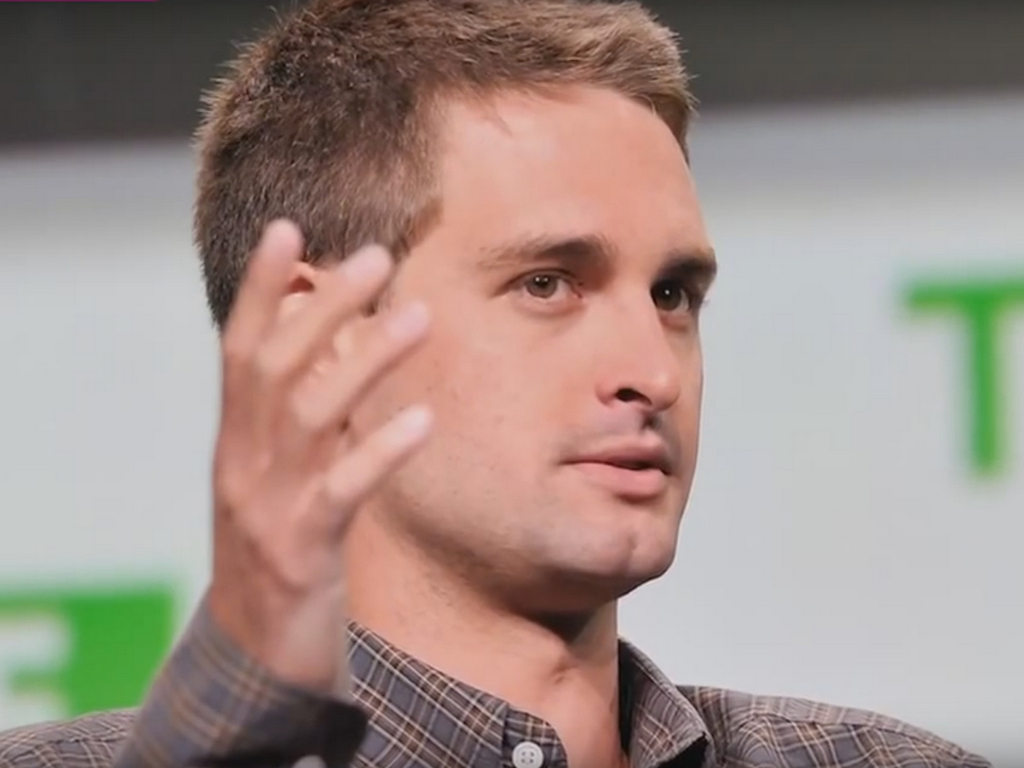 Evan Spiegel (Photo: YouTube/screenshot)
Evan Spiegel was born in LA in 1990. As a son of successful lawyers, Melissa Ann Thomas and John W. Spiegel, he grew up in California where he finished Crossroads School for Arts and Sciences in Santa Monica and attended the Stanford University.

He attended design classis at Otis arts and design college while in high school and he was also a student of the Art center for design at Pasadena in the summer before he enrolled Stanford. He also had practice in sale of Red Bul. While studying, he worked as a paid trainee for a biomedical company, as a career instructor at Cape Town, South Africa and Intuit at TxtWeb project.

In 2012, Evan left Stanford, before obtaining a degree, to focus on development of Snapchat, an application for photo message which self-destroy after a certain period of time. Thus, he joined Bill Gates, Mark Zukerberg, Steve Jobs and other geniuses and billionaires who did not make it to get to a degree.

Snapchat originated as a school project and today young people who send messages, photos and shots which show at receivers ‘screens for a few seconds and then disappear forever, mainly use it. Spiegel started mobile application together with friends from university brotherhood, Robert Murphy and Reggie Brown and today he is CEO.

One of the youngest billionaires

According to Forbes data in 2015, Spiegel allegedly had USD 2,1 billion and in mid-year he was 931st richest person in the world. He is also ranked as 418th wealthiest man in USA and 99th deepest pocket in technological sector.

In mid 2015, Snapchat totaled app. USD 16 billion and had almost 200 m users. Still, before it became a global success, Spiegel invested creation of Picaboo application in his entrepreneurial spirit which was used for sharing photos which were deleted 10 seconds after receiver had a look at them. The application did not attract sufficient attention and was practically abandoned before rebranded into Snapchat.

In 2013, Facebook was also interested in Snapchat but Spiegel refused a generous offer of Mrack Zukerberg totaling USD 3 billion and thus became breaking.

Snapchat faced some controversies. Many questioned the fact that messages and photos are really destroyed once a few seconds shown at receiver’s screen, especially after the application was hacked and after hackers succeeded in keeping the messages. Apart from that, Snapchat was accused of supporting sending sexy messages i.e. "sexting", among the youth. Namely, a research conducted in the Great Britain showed many send naked photos through this application.

Spiegel and Murphey were the target of their former college colleague, Frank Brown who claimed Snapchat was his idea and that he designed the first logo and provided the concept for Picaboo.

From misogyny to Victoria Secret’s model

When his parents divorced when he was still a teenager, Evan Spiegel continued living in a house with his father who let him deal with decorating a new home with a high budget for these activities. He then hired Greg Grande, a designer famous for creating a set for the Friends show.

In May 2014, at one blog, there appeared a number of emails which Spiegel sent to members of his Kappa Sigma brotherhood while still at college which were rather misogynous and homophobic. He later excused for his actions and attitudes when it comes to women at that time, stating that “he is obviously humiliated and ashamed of his idiotic messages which got into public”.

Today, he is dating a famous Victoria Secret model. Miranda Kerr and has been in a relationship with her since June 2015. They met in 2014 at the dinner of Louis Vuitton in New York.