VUCIC: Serbia seeks partner for acquisition of Port of Bar 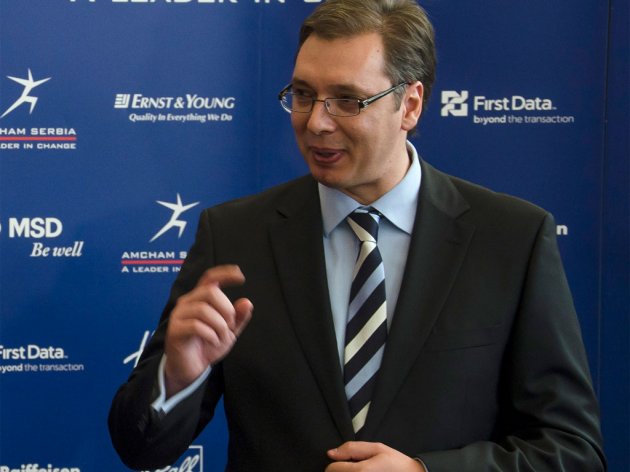 Aleksandar Vucic
Serbia is seeking a partner for the acquisition of Luka Bar (Port of Bar), Prime Minister Aleksandar Vucic said Tuesday and added that was why it was so important to work on all road and railway routes, especially those to Montenegro.
- I believe we can buy Luka Bar too, which I discussed with Chinese Prime Minister Li Keqiang, because we do not want a hostile takeover of any kind. We would like to do everything according to market terms. We want to be the owners of Luka Bar and I think that won't cause any political problems, while financial problems will be solved if a partner is found - the prime minister said in his guest appearance on TV Prva.
Vucic noted that Serbia needed Luka Bar for several reasons, but primarily for the needs of exportation of Serbian products. He said that Serbia should reindustrialize and that the port was required if the state wanted to export copper, final agricultural products, etc.
The prime minister also stressed that Serbia had the cheapest railway transport, which could be used to get the goods to the port. - This is important for our industry - Vucic said and underlined that attracting investments was impossible without good roads.
Companies:
Vlada Republike Srbije Beograd
Luka Bar a.d. Crna Gora
Tags:
Aleksandar Vucic
Luka Bar
Port of Bar
Li Keqiang
exportation of Serbian products
railway transport in Serbia
Corridor X
Corridor XI
Belgrade Bar railway
Share: