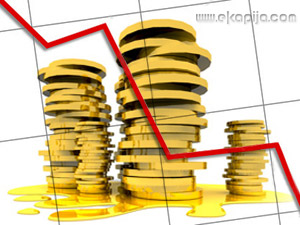 The richest people on Earth became a bit poorer this year since the world’s 400 wealthiest individuals or so shed $19 billion in 2015, according to the Bloomberg Billionaires Index.

Falling commodities prices and signs of a slower-growing China spooked investors around the world leading to the first annual decline for the daily wealth index since its 2012 debut.

Mexican telecommunications mogul Carlos Slim was the biggest decliner on the index at the close of trading in New York on Dec. 28, as his America Movil SAB dropped 25 percent in 2015.

The world’s richest person in May 2013, Slim fell to No. 5 this year after losing almost $20 billion as regulators ratcheted up efforts to break apart the business that controls the majority of Mexico’s landlines and mobile phones.

Microsoft Corp. co-founder Bill Gates, the world’s richest person since May 2013, fell by $3 billion during the year, Bloomberg reports.

Gates’s losses and the continued rise of Inditex SA, the world’s largest fashion retailer, lifted Spain’s Amancio Ortega within about $10 billion of the top slot. Ortega, Europe’s richest person since June 2012, leapfrogged Slim and Buffett as he rose $12.1 billion to $73.2 billion.

His 20 percent rise was still $19 billion short of the increase for the year’s top-gainer, Amazon.com Inc. founder Jeff Bezos. The New Mexico-born billionaire more than doubled his fortune to $59 billion as investors cheered profits at the world’s largest online retailer.

According to the Bloomberg Billionaires Index, the world’s 400 richest people control a combined $3.9 trillion, more than the GDP of every country on Earth except for the U.S., China and Japan.