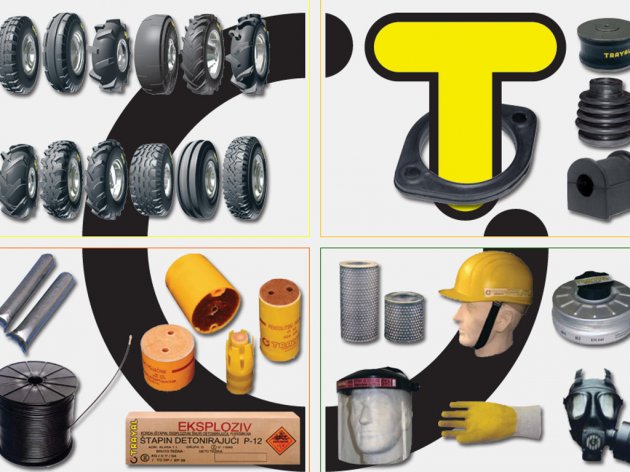 (Photo: trayal.rs)
Trayal Corporation from Krusevac signed three contracts on Tuesday, 15 December 2015, to produce rubber products worth nearly EUR 5 million, which the management expects to serve as a basis for further quality operations of this company and as a strong impetus to its privatization process.

Trayal is one of the 17 strategic companies that the Government of Serbia protects from creditors until May 2016.

Trayal Corporation was sold to Bulgaria's Brikel in late 2006, but the sale agreement was terminated in late 2013. According to some earlier information, Trayal's debts currently stand at about EUR 130 million.