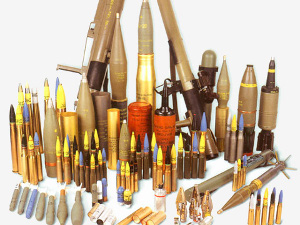 This year has been the most successful for Sloboda and this is going to remain so in the next period, Zoran Stefanovic, head of Cacak-based company said for Ozonpress. Sloboda has secured business for the next two years and total contract value exceeds EUR 100 m , bot when it comes to goods export and technology transfer.

- This, as well, as previous year were successful for Sloboda company and the next ones, according to the first estimations, will be even more successful. I am optimistic about it due to contracts we signed and they provide work for the next two years at least. They refer to export of our products to Middle East countries mostly. A portion of profit will be invested in equipping the plant, technological improvement and productivity increase. Of course, we will try to increase salaries. The city will definitely benefit from it since it gets a part of the funds from salary taxes – the head of Sloboda says.

According to Stefanovic, the company hired additional number of young people due to increased scope of work and at the moment it employs 1.730 people. – We hope the trend will continue and that next year also will see headcount increase – Stefanovic says.

Stefanovic said Sloboda applied for governmental loans for new developmental projects but that they set aside a portion of funds for new lines.