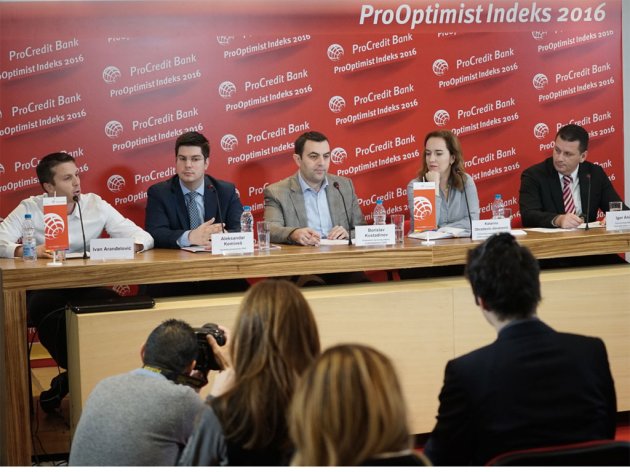 Representatives of SMEs and entrepreneurs in Serbia are more optimistic when it comes to business and expectations for 2016 which they see as a better year for business compared to expectations they have had this year, it was shown in the research of index ProOptimist Index 2016 which ProCredit bank carried out.

It is shown that the index of business optimism of SMEs and entrepreneurs in Serbia for 2016 has been on the increase abd higher optimism level is seen also with companies cooperating with Germany.

In the research conducted in October and finished in early November where more than 500 companies participated, 52,7% local companies expressed positive opinion of business climate and last year there was 46,7% of them.

Compared to previous year, higher percentage of companies expects increased scope of work as well as increased profit next year.

Apart from that, larger number of companies also expects 2016 will be good for SMEs expansion.

The main problem of businessmen 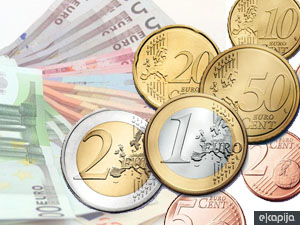 Entrepreneurs are still quite reserved when it comes to investments so every sixth out of 10 does not have investments planned. The ones who are planning investments announced they will mainly invest in machines, equipment and vehicles.

It is obvious that awareness of importance of investing in energy efficiently has increased significantly with local companies from 33% last year to 44% this year and that awareness has continued growing, especially with companies which cooperate with Germany.

SMEs in larger number think that next year they will have higher profit compared to 2015 (48%), while only 28% of businessmen expects profit increase next year.

Approximately 40% participants thinks 2016 will be good for SME expansions.

Every fourth company which participated at research sees Germany the most favorable country for export, followed by Montenegro and Bosnia and Herzegovina.

Optimism for development of banking sector

In replying to questions of journalists, Antic said there is moderate optimism when it comes to banking sector development and that it is liquid.

Antic said that share of investment loans is higher, that funding these loans is cheaper and that it is expected to be so next year as well. As he added, they think loans are not "expensive” even now.

President of the Managing Board at ProCredit bank in Serbia, Borislav Kostadinov outlined that the bank only this year launched EUR 248,5 m in SME sector and that this sector dominates at the current loan portfolio with ,88% share.

Government is announcing support to SMEs

Assistant minister of trade for SME sector, Katarina Obradovic Jovanovic, said the Ministry supports the initiative that the government announces next year as the year of entrepreneurship.

As she added, she hopes that next year poll results will be even better. Apart from that, the Serbian Chamber of Commerce encourages that more attention will be paid to SME sector.

Log in to view complete information:
Forgot your password? Click here HERE
For free test use, click HERE
Latest
Most read
Startups from Serbia B-Fresh, ServerBytes and Glober Conquering Chinese Market 25.02.2021.
Products from Serbia at Gulfood Fair in Dubai – Numerous Meetings with Potential Partners 25.02.2021.
City of Vranje to “Forgive” Yumco’s Debt of RSD 1 Billion in Exchange for Permanent Stake in the Company 24.02.2021.
Action Plans for Green City and Sustainable Energy in Belgrade Envisage Projects Worth EUR 5.2 Billion 24.02.2021.
Demolition of Pinki Hall in Zemun and Construction of Multifunctional Sports and Recreation Center Planned 24.02.2021.
Do Entrepreneurs Have the Right to a Sick Leave and Compensation While Not Working? – Salary Depends on the Number of Employees 24.02.2021.
Western Balkans Without Roaming from July 1 – A Step Toward Lowering Prices of Roaming with EU 24.02.2021.
NBS Innovates QR Code Payment Order Service 24.02.2021.
Weather
Weather forecast