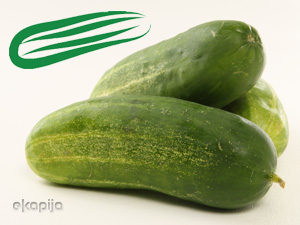 On Friday (20 November 2015), the City Council of Leskovac adopted a feasibility study for an initiative to allot about 1.6 hectares of land in Leskovac's Green Zone - free of charge - to Develey Senf & Feinkost from Munich, Germany.

This investor - which is engaged in the production of mustard, toppings and sauces - intends to have a distribution center built on an area of a thousand square meters for purchasing, handling and storing agricultural products, as well as to prepare areas for growing cucumbers-cornichons. This investment of about EUR 1.2 million will create 50 permanent and additional 150 occasional jobs...

The feasibility study, which first need to be adopted by the Assembly of Leskovac and then the Serbian government, shows that this investment will significantly increase public revenues, and it also meets all other requirements specified in the Regulation governing the allocation of building land free of charge.

- Construction of office space and storage center is planned to start in the first year of investment. Mustard, toppings, sauces, salads and pickles of this manufacturer are available in the markets of more than 65 countries, and Develey is also a leading Bavarian mustard brand and a leader in the topping packaging market. For more than 40 years it is also a general supplier to McDonald's - says Bojan Tojaga, the director of the Agency for Local Economic Development.